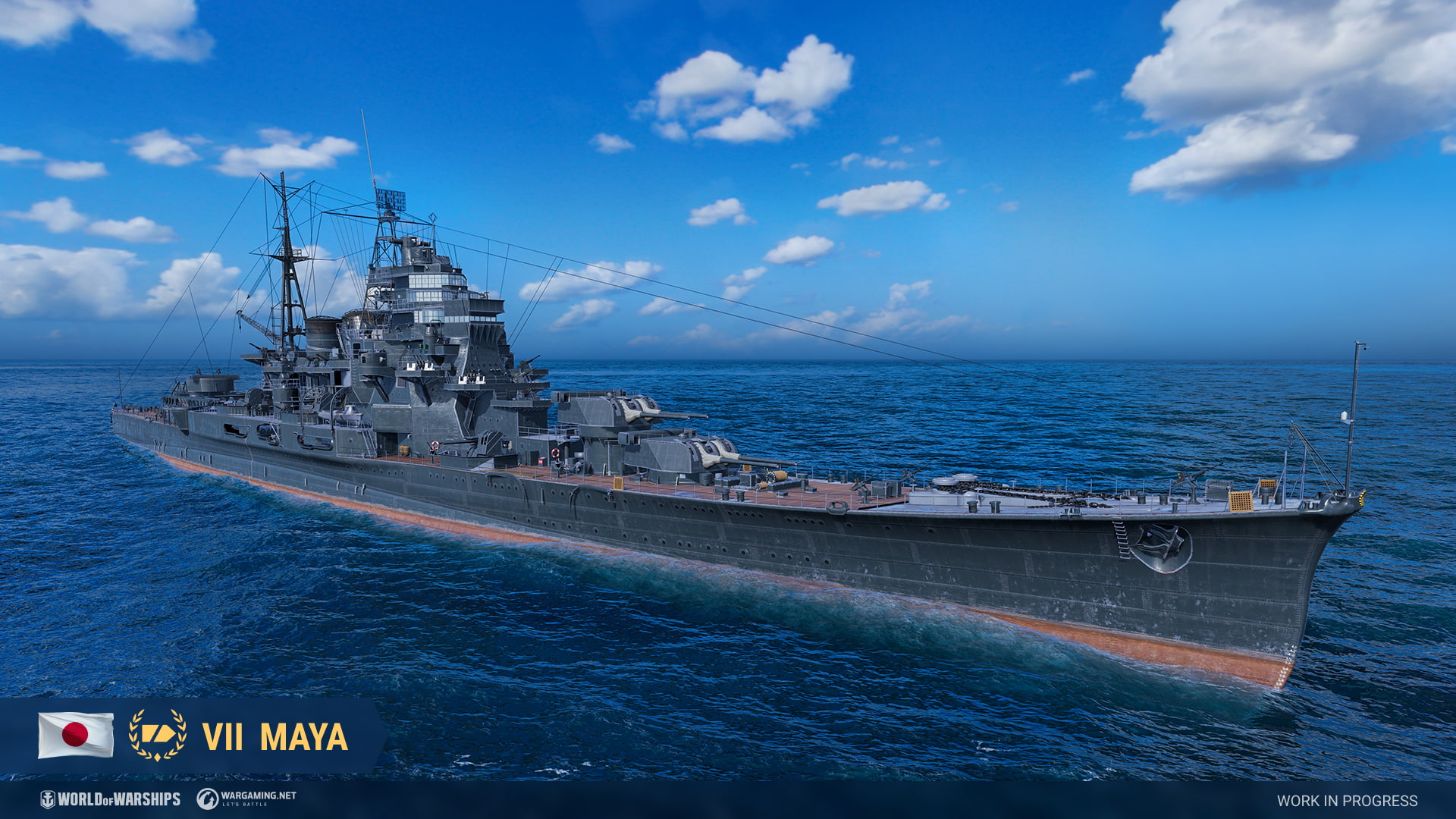 A heavy Takao-class cruiser. In the midst of World War II, it underwent a refit, during which one of the main caliber turrets was dismantled and anti-aircraft artillery was significantly strengthened.

The cruiser is armed with eight powerful 203-mm guns that have high accuracy and chance to cause a fire by HE shells, but low firing range. She also is equipped with four 610-mm quadruple torpedo tubes with wide aiming angles, and high torpedo damage, and speed.

Maya has good concealment, high speed and HP pool, well-armored deck, but a vulnerable citadel. She is equipped with a Main Battery Reload Booster consumable, which is not standard for Japanese cruisers, along with the Repair Party and Fighter consumables, and a choice between the Defensive AA Fire or Hydroacoustic Search consumables in a single slot.

In comparison with Atago, Maya is equipped with Main Battery Reload Booster and has more powerful and faster torpedoes. At the same time, she has fewer main battery guns, less armored deck, as well as a lower range and higher reload time of torpedoes.

Tier VIII American aircraft carriers Hornet and Yorktown were added to the game. Their parameters are in the pre-configuration phase and will be announced later. 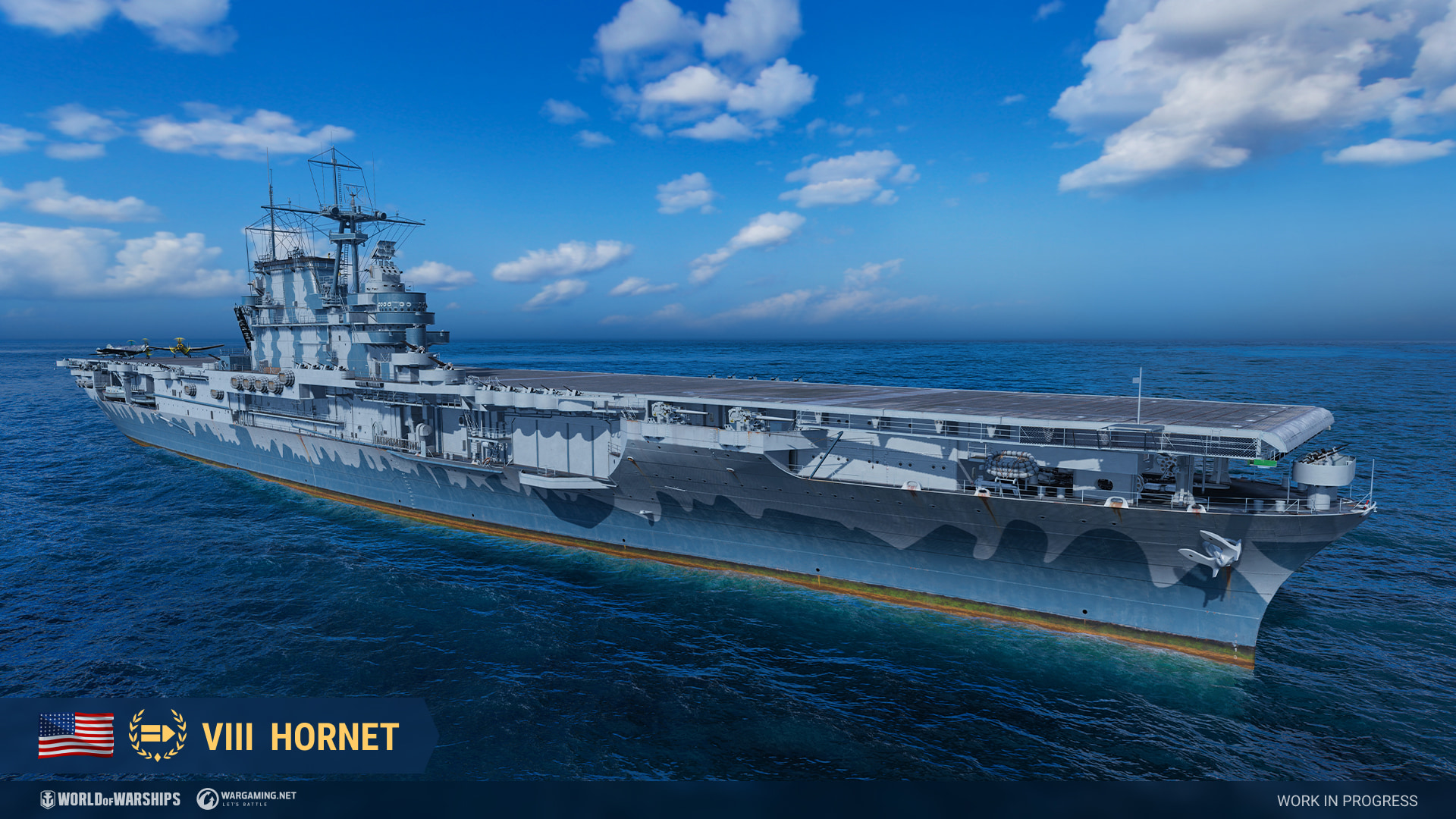 An aircraft carrier originally laid down as one of the Audacious-class ships. It was completed to a greatly modified design and subsequently converted to operate the most modern types of deck aviation for the 1950s, including jet aircraft. 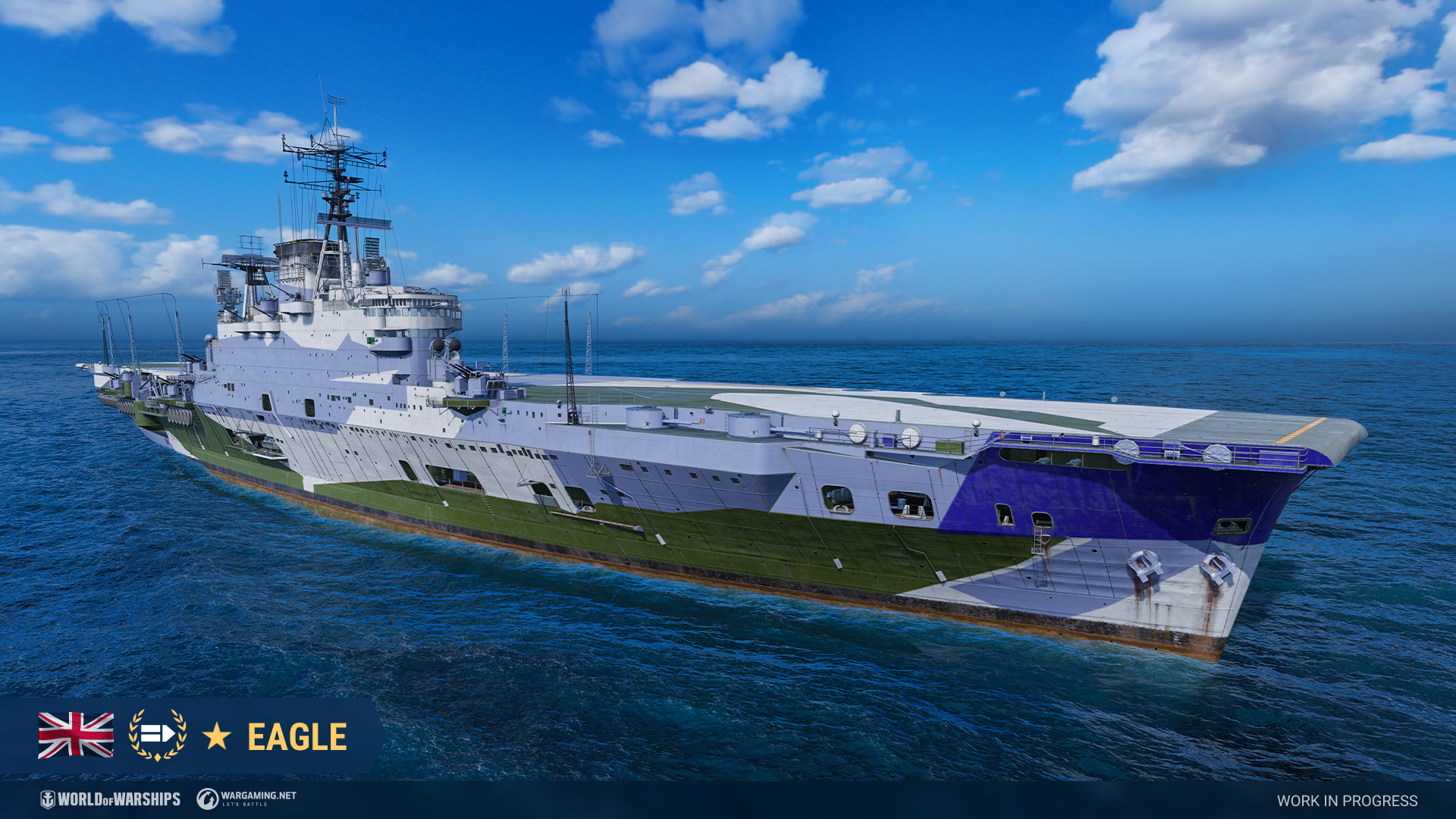 A variant of the United States super aircraft carrier project that sees it become a Navy strike ship with the corresponding change in the architecture and equipment of the ship. 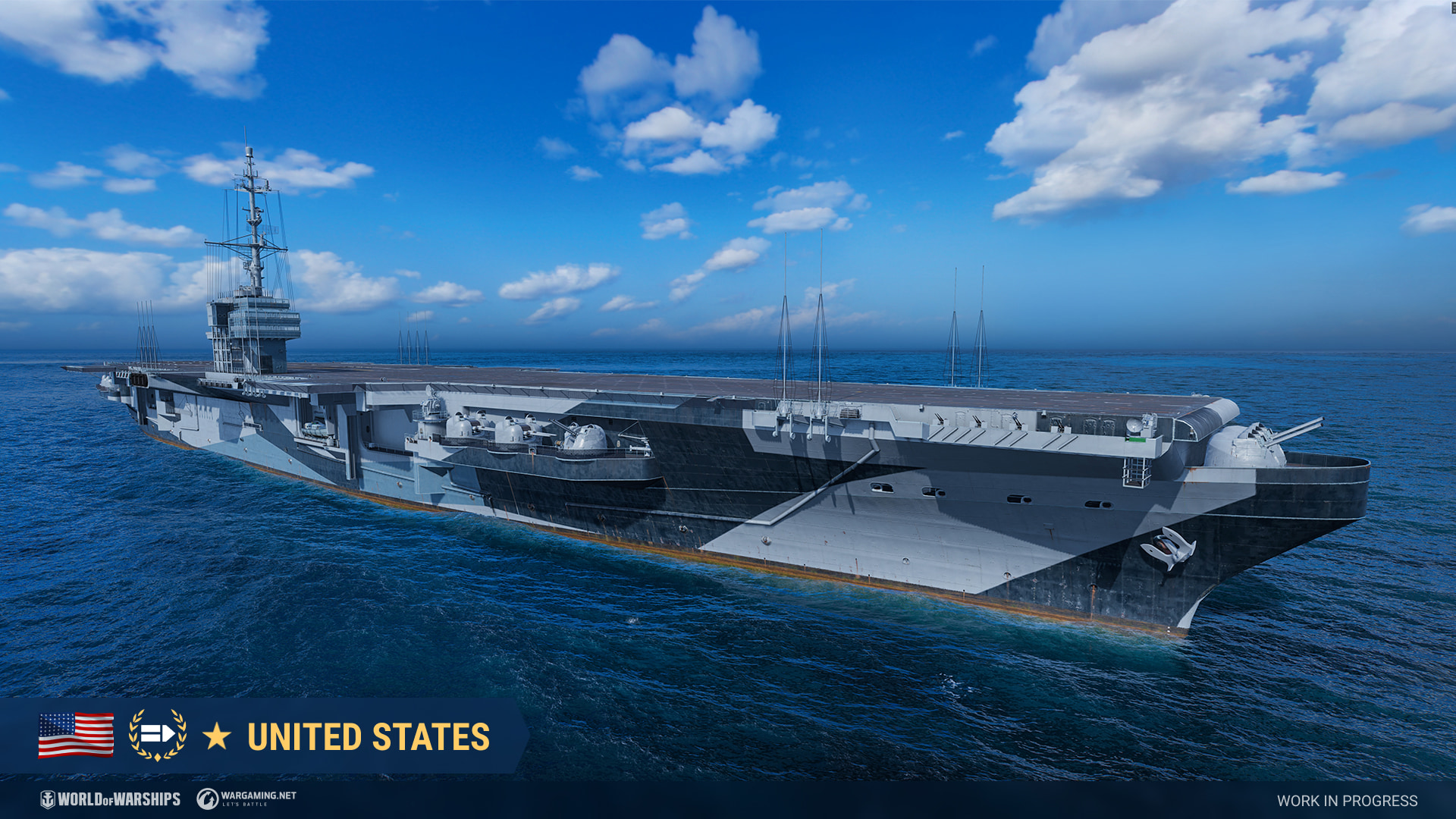 The main feature of the tactical squadrons of the new super aircraft carriers is the high maximum speed of planes. It enables them to cover considerable distances quickly and make lightning-fast attacks on enemy ships. The Eagle and United States jet planes cannot slow down to below cruising speed, and the engine boost cannot be restored in flight.

Eagle and United States' tactical squadrons consist of a single attack flight, as they play the role of auxiliary weapon. Similar to hybrid squadrons, they become available a certain amount of time after the battle begins, and they take a considerable amount of time to prepare. Due to the small size of the squadron, it is worth avoiding long periods of AA fire, as each lost aircraft reduces the effectiveness of the attack. 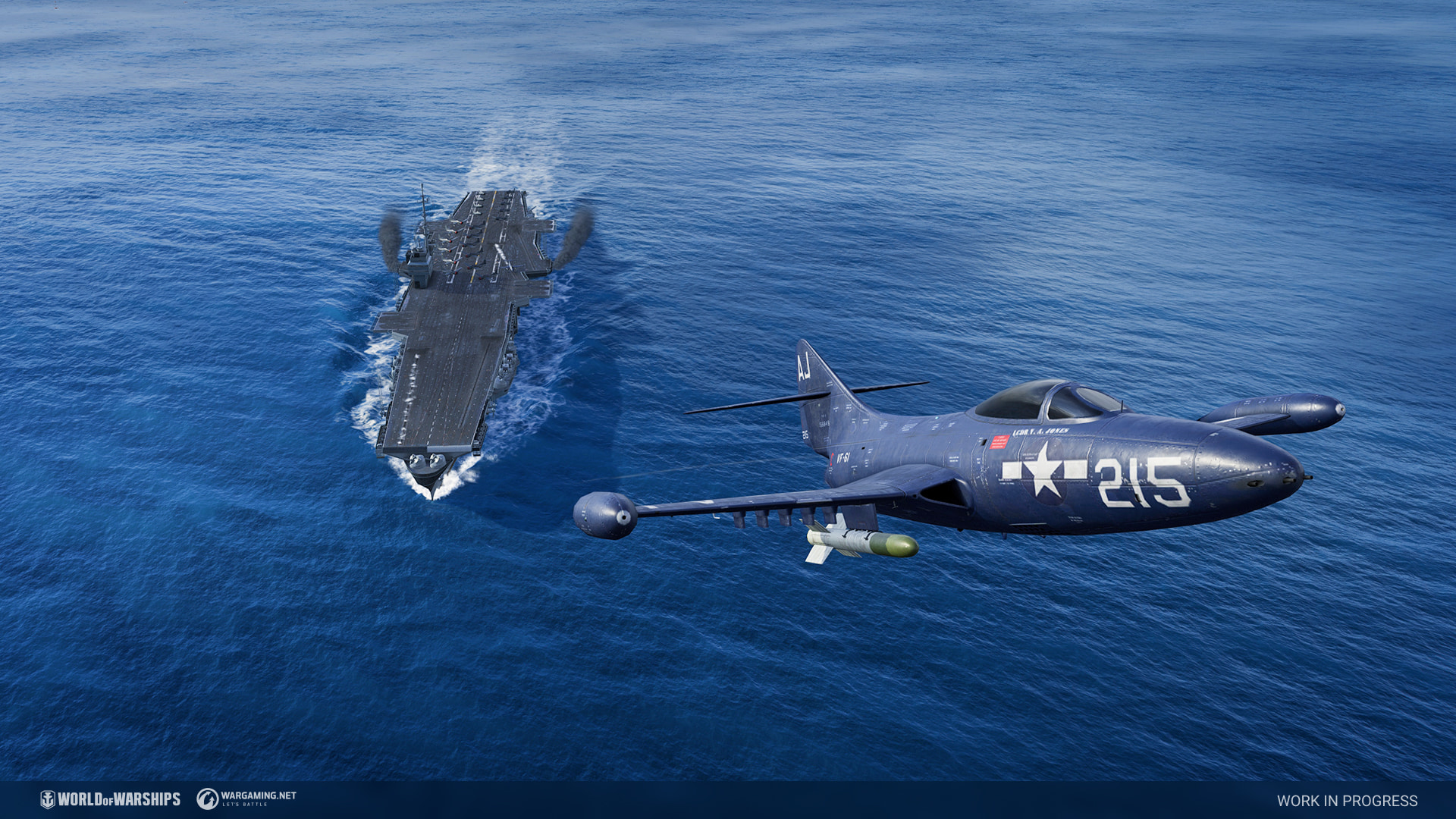 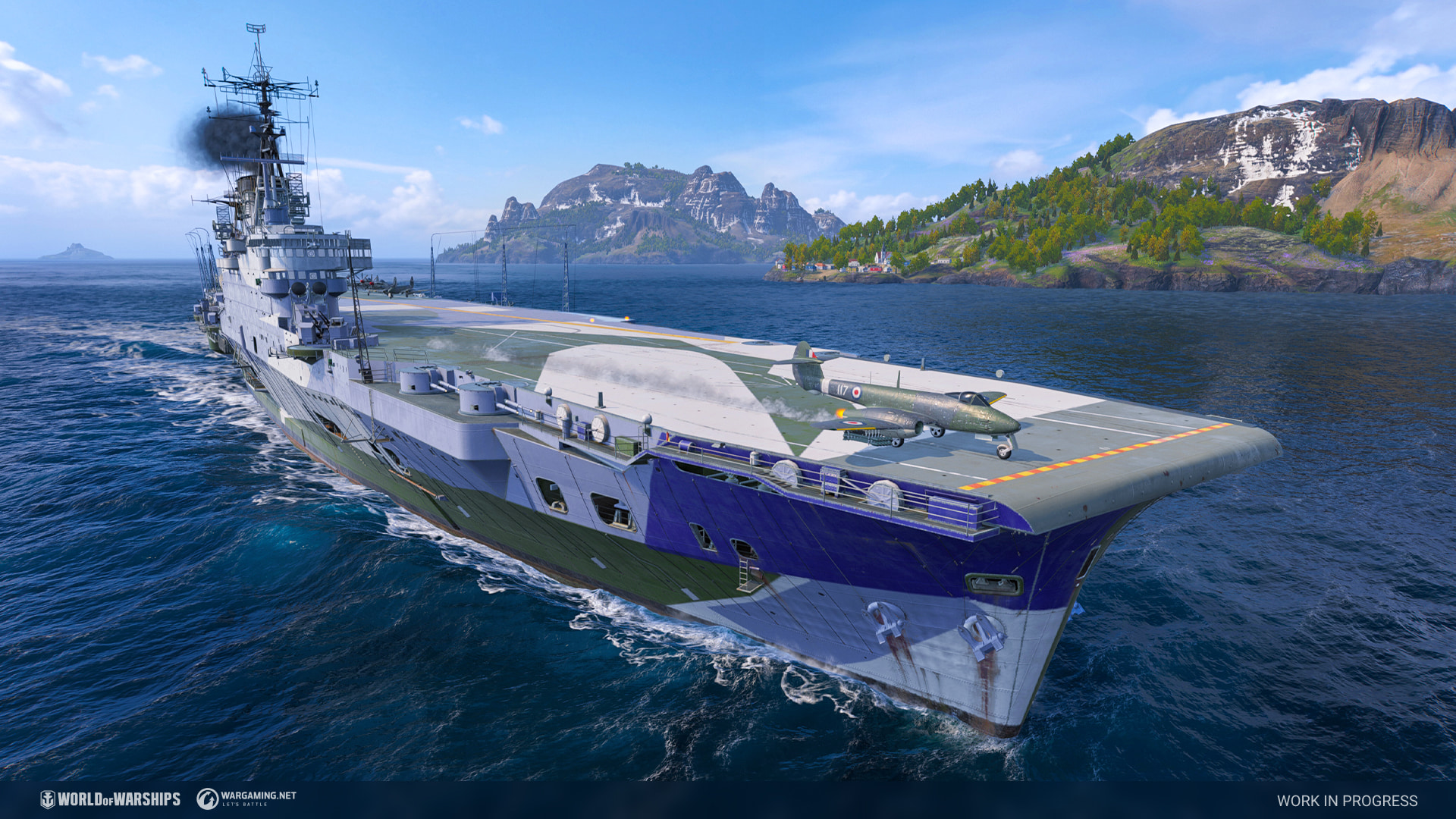 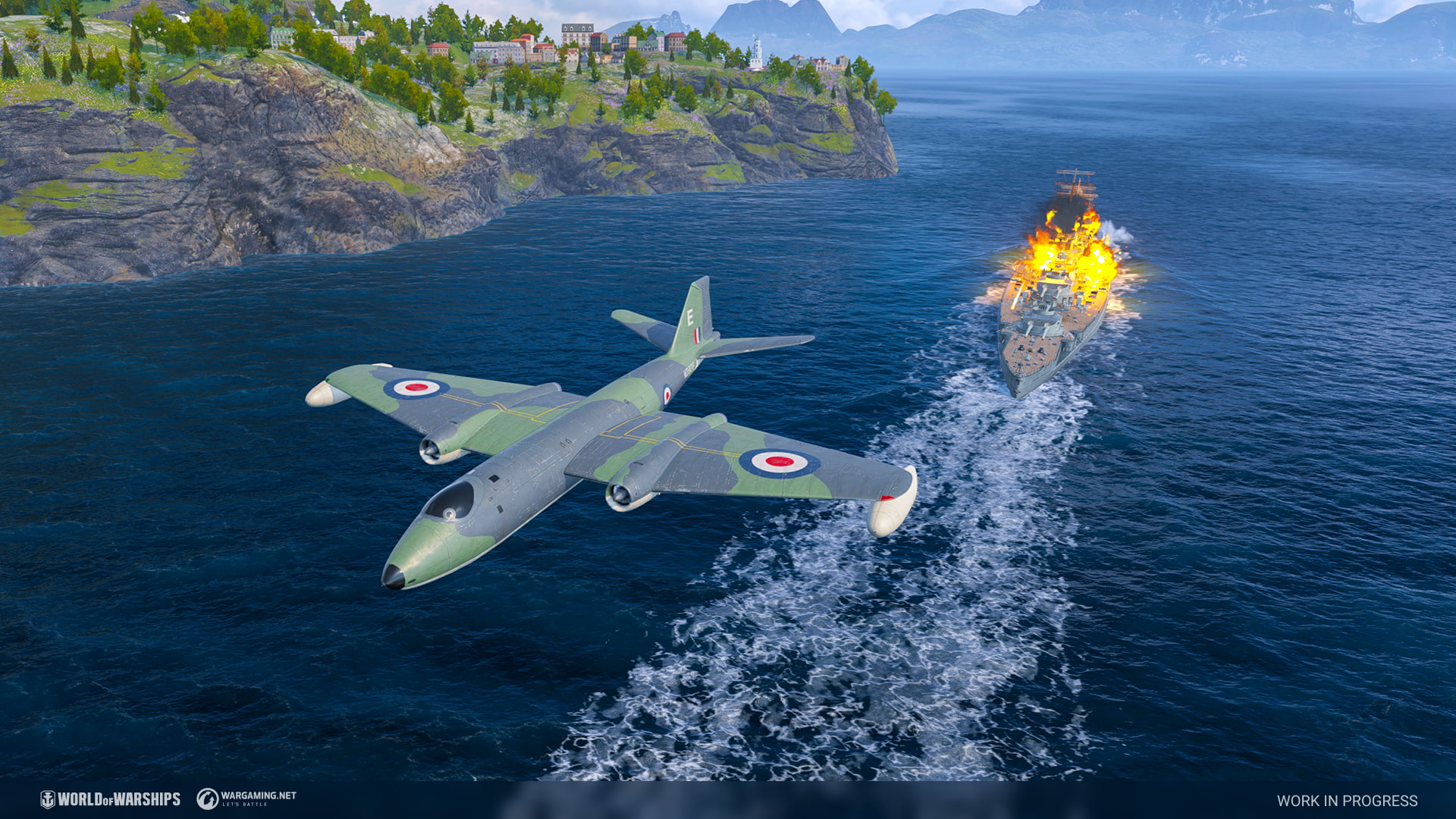 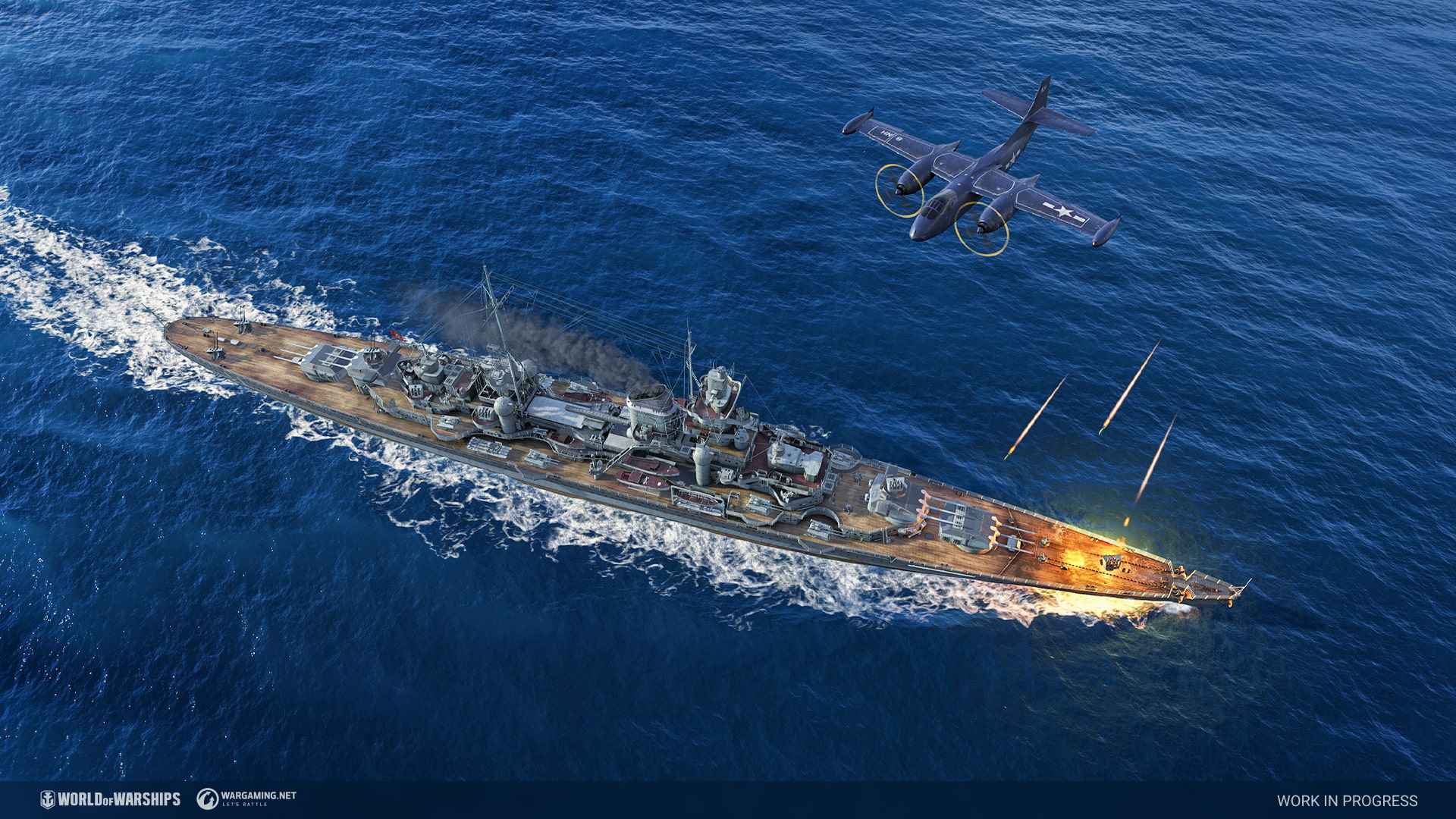 The Eagle and United States parameters and squadron setups are in the pre-configuration phase and will be announced at a later date. Supercarriers will be added to random bundles with other superships in Update 0.11.1.