French Super battleship Patrie will enter the game for closed testing in the upcoming session. 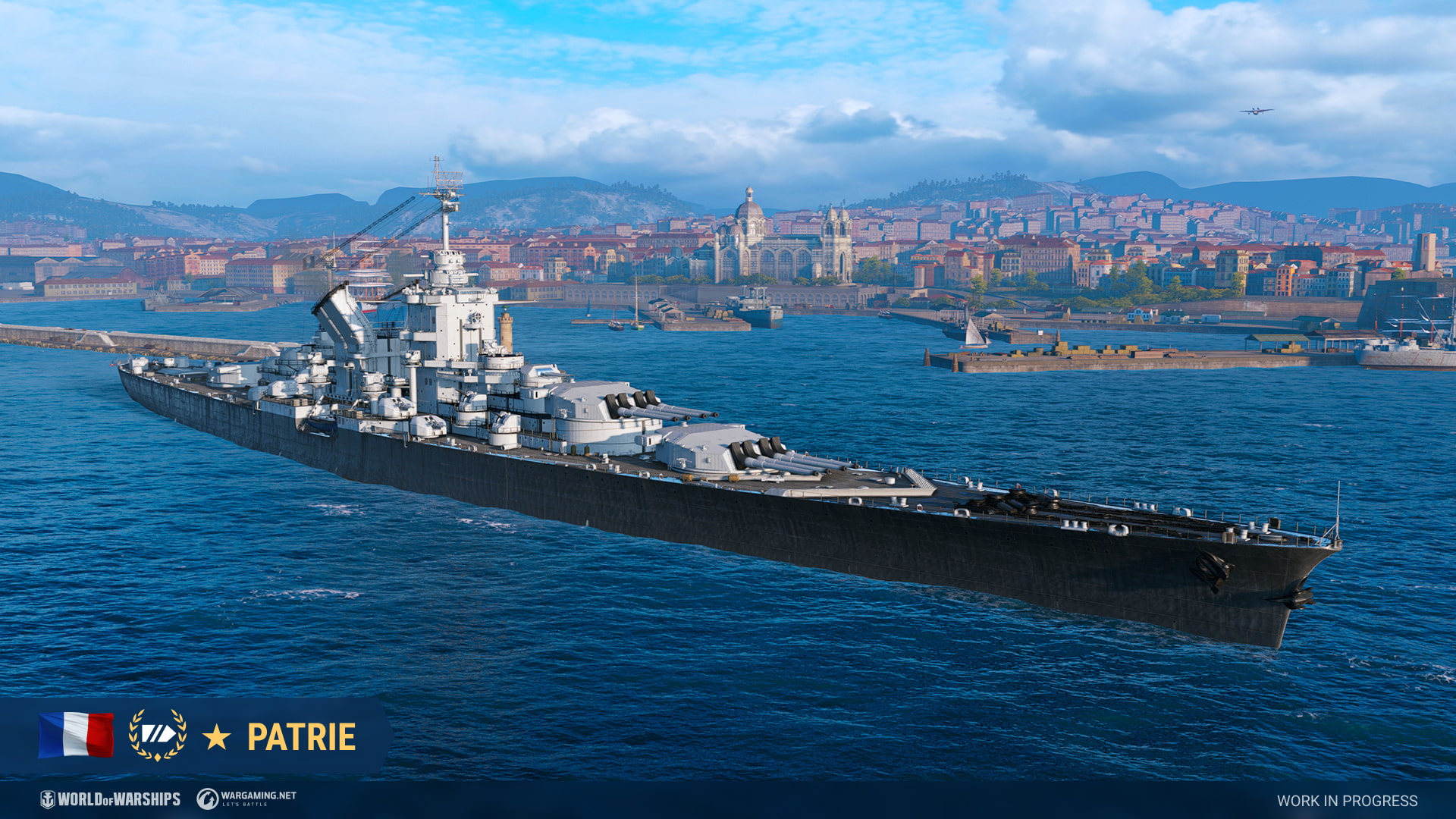 A battleship armed with twelve 431 mm guns and an AA battery composed of 1950s-era weaponry.

In keeping with the theme of high-tier French battleships, Patrie enjoys a good top speed, a strongly protected citadel, and enhanced agility thanks to the Engine Boost consumable and a unique Combat Instructions effect.

With regard to armament, the main battery’s twelve 431 mm guns are spread across three quadruple turrets and have a high rate of fire. The quickfiring secondary battery boasts a long range.

Activating Patrie’s special Combat Instructions further improves the main battery’s fire rate and the armor penetration of both main and secondary batteries, as well as the ship’s speed.

The 20th century French Navy’s naming convention for battleships is quite easily discernible: foremost is the tradition of naming them after historical French provinces, e.g. Bretagne, Normandie, and Alsace. Far less commonly, battleships were also known to be named after legendary naval commanders of the nation’s past, such as Jean Bart; great statesmen such as Richelieu and Clemenceau; as well as cities, such as Paris and Dunkerque. However, if we adjust our sights and look further into the past — into the age of iron and steam — we will see a range of names almost as diverse and peculiar as the appearance of the very same warships they were being assigned to.

These include the names of the Gallic and Frankish ancestors that served as the ideological foundation for the modern French state, such as Brennus and Charlemagne; influential figures of the Enlightenment and French Revolution, such as Danton, Mirabeau, and Voltaire; or 19th century admirals such as Bouvet and Jauréguiberry. The names of these old battleships were not only limited to the tangible, but also dipped into the symbols and ideals of the French Republic, such as Liberté, Justice, Verité, and Démocratie. Chief among all in the latter naming convention were République and its sister ship Patrie — Fatherland; a name that might sound familiar from the first verse of “La Marseillaise” — the French national anthem: “Allons enfants de la Patrie” — “Arise, sons of the Fatherland”. We at World of Warships considered such an impactful and meaningful name to be appropriate for France’s first Super battleship.

All stats are listed without crew and upgrade modifiers. The stats are subject to change during testing.