The Dutch destroyer Tromp has been added to the game for testing. 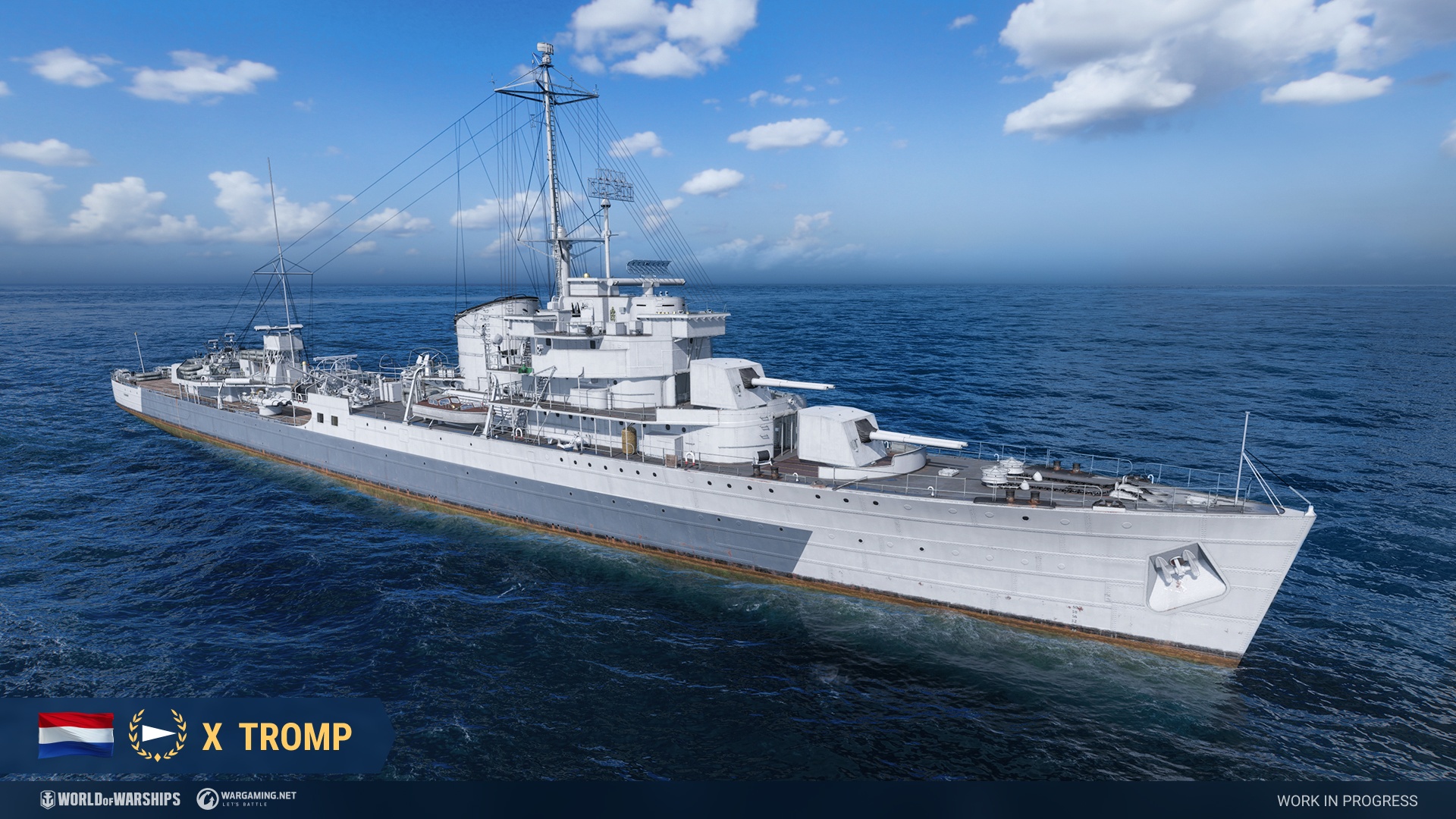 A large destroyer leader — officially classified as a light cruiser by the Royal Netherlands Navy — that is armed with 150 mm main battery guns.

Tromp has access to a wide range of weapons, allowing her to resort to varied tactics in battle. The basis of the ship's firepower is her large-caliber (for the ship type) main battery with a good firing range, which is capable of inflicting significant damage to other destroyers or even larger ships. Tromp is equipped with torpedoes with medium speed, damage, and range, but a fast reload time, as well as a notably lower count of torpedoes per spread than that of most other destroyers at this Tier.

In addition to torpedoes, the destroyer's arsenal also includes an HE Bomb Airstrike, previously seen only on Dutch cruisers. Tromp's Airstrike has a short maximum range, but a fast reload time.

The ship has good concealment and is able to quietly sneak up on the enemy to effectively use Airstrikes or torpedoes. When engaging in gunnery combat or when capturing points, you should take into account that the destroyer does not have a smoke generator. The destroyer's consumable supply is limited to an Engine Boost, which will help at the right time to temporarily increase the ship's otherwise low speed.