We’ve prepared a bunch of fun activities and interesting rewards to celebrate the New Year! Let's talk about the main novelties of the upcoming Update.

In Update 0.11.11, the construction of the new German Tier IX cruiser Admiral Schröder will begin at the Dockyard. 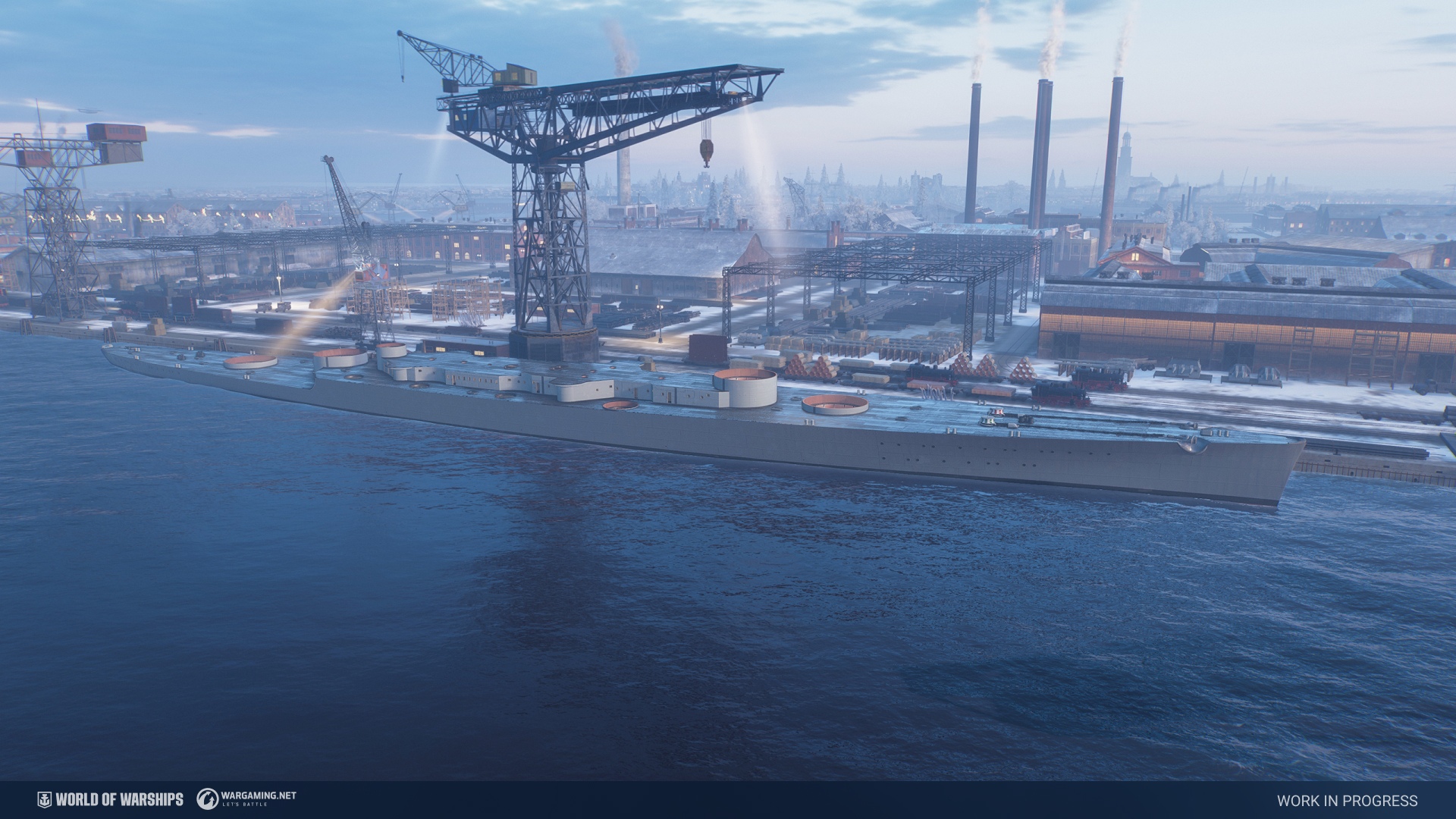 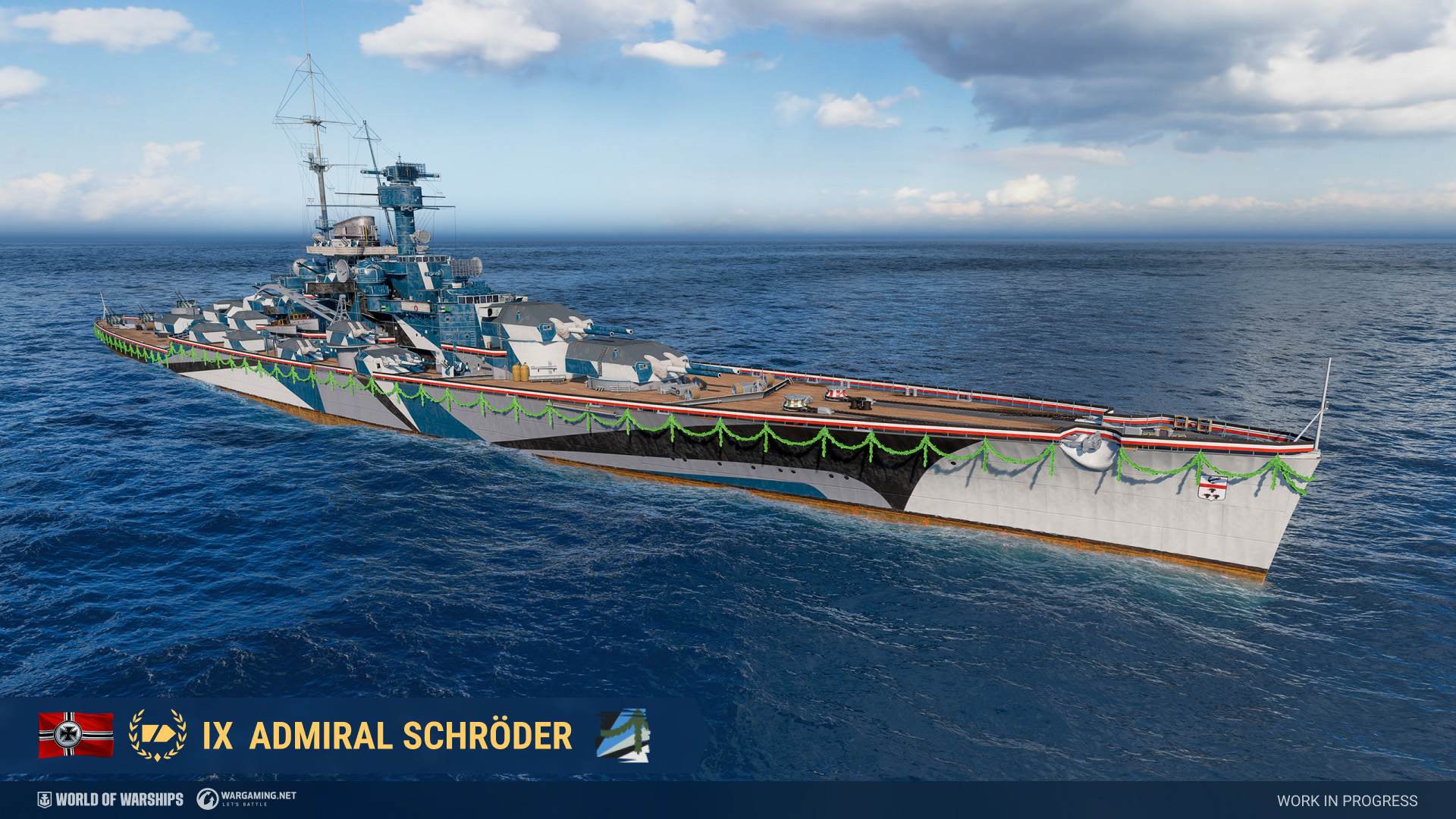 You will still be able to complete the Dockyard combat missions even if you complete the construction of Admiral Schröder with the help of Doubloons. However, instead of construction phases, you will receive 250 Steel for each phase.

One of the main New Year's features will be the Carol Clash temporary event. In this event, two teams of Santas from the North and South Poles compete to deliver gifts as quickly as possible.

Carol Clash is similar to events such as New Year's Night and Industry Titans.

You have to choose which team you want to be a part of and join the race. At the finish line, each team will give you a New Year's reward - one of the two themed commanders and one of the two permanent camouflages "Silver Swirls" for Halland or Conqueror. The first time you receive an reward from either of the two teams, you will also receive the Carol Clash achievement. 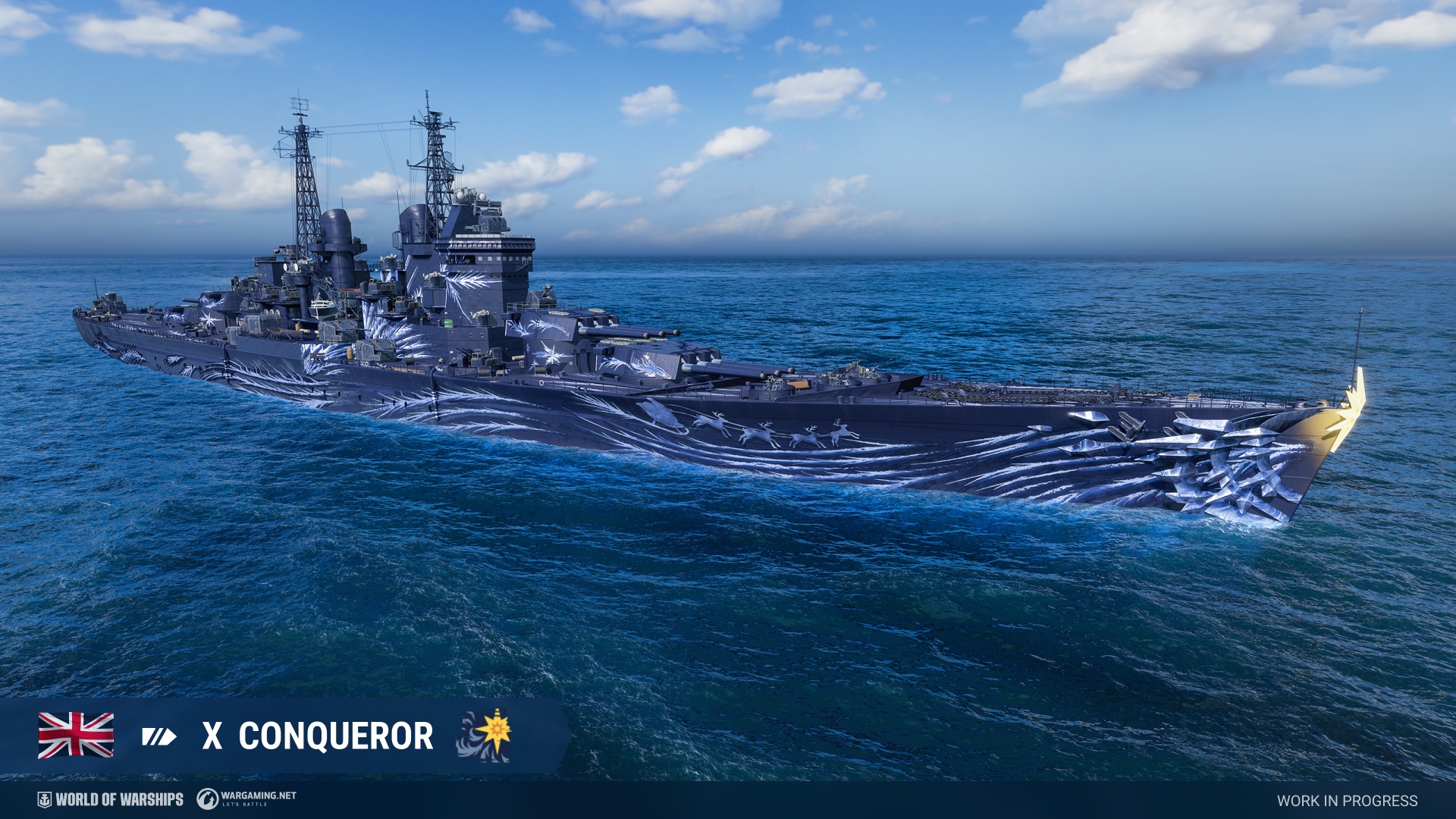 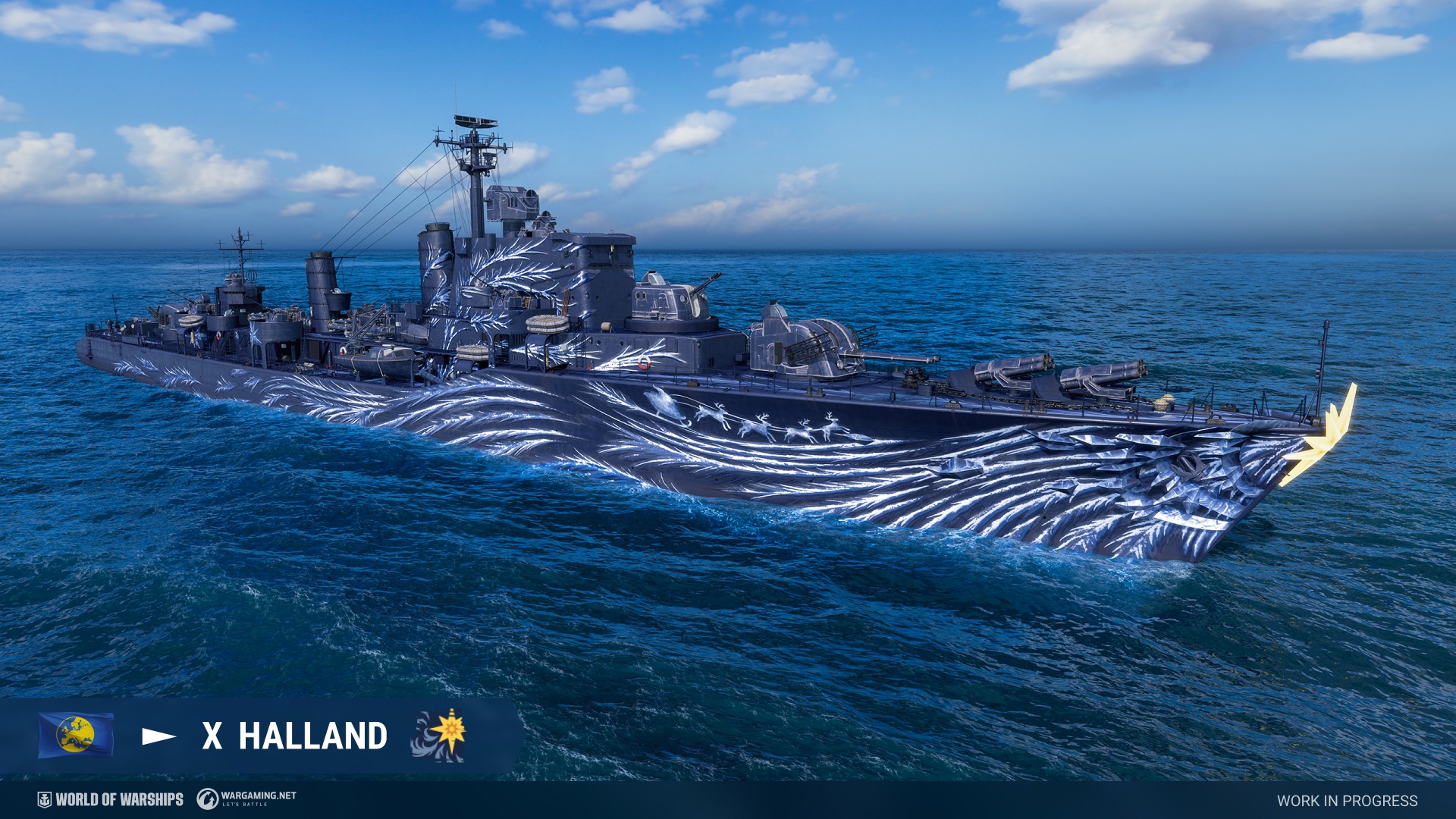 For participating in the event, you will be able to earn Frosty Tokens, which can be exchanged for New Year commanders, containers with permanent camouflages, and various other items.

In honor of the New Year, the following items were added to the game: 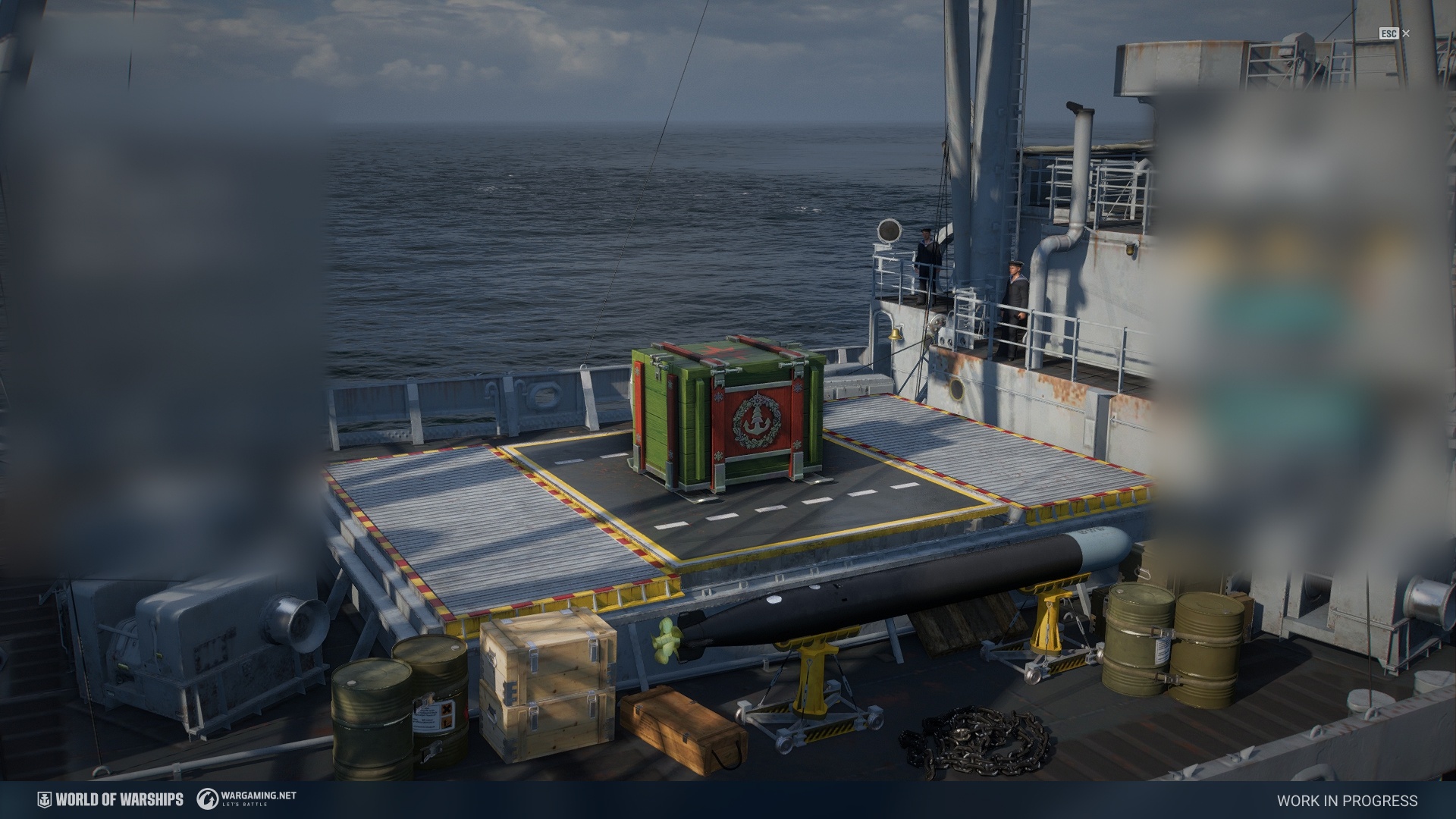 In Update 0.11.11, players will receive traditional New Year rewards for battle results on all their ships, starting from Tier V. Just like during the World of Warships 7th Anniversary celebrations, players with 100 or more ships in their Port will be able to receive multiple rewards in one battle!

Depending on the Tier of the ship, players will receive various gifts:

New Year Certificates are a temporary resource that can be exchanged in Update 0.11.11 for 375,000 credits or for any of the three types of Santa’s Gift containers:

In honor of the celebration, the "Fjords" port was decorated and the appearance of the "Santa’s Gift" containers was updated. 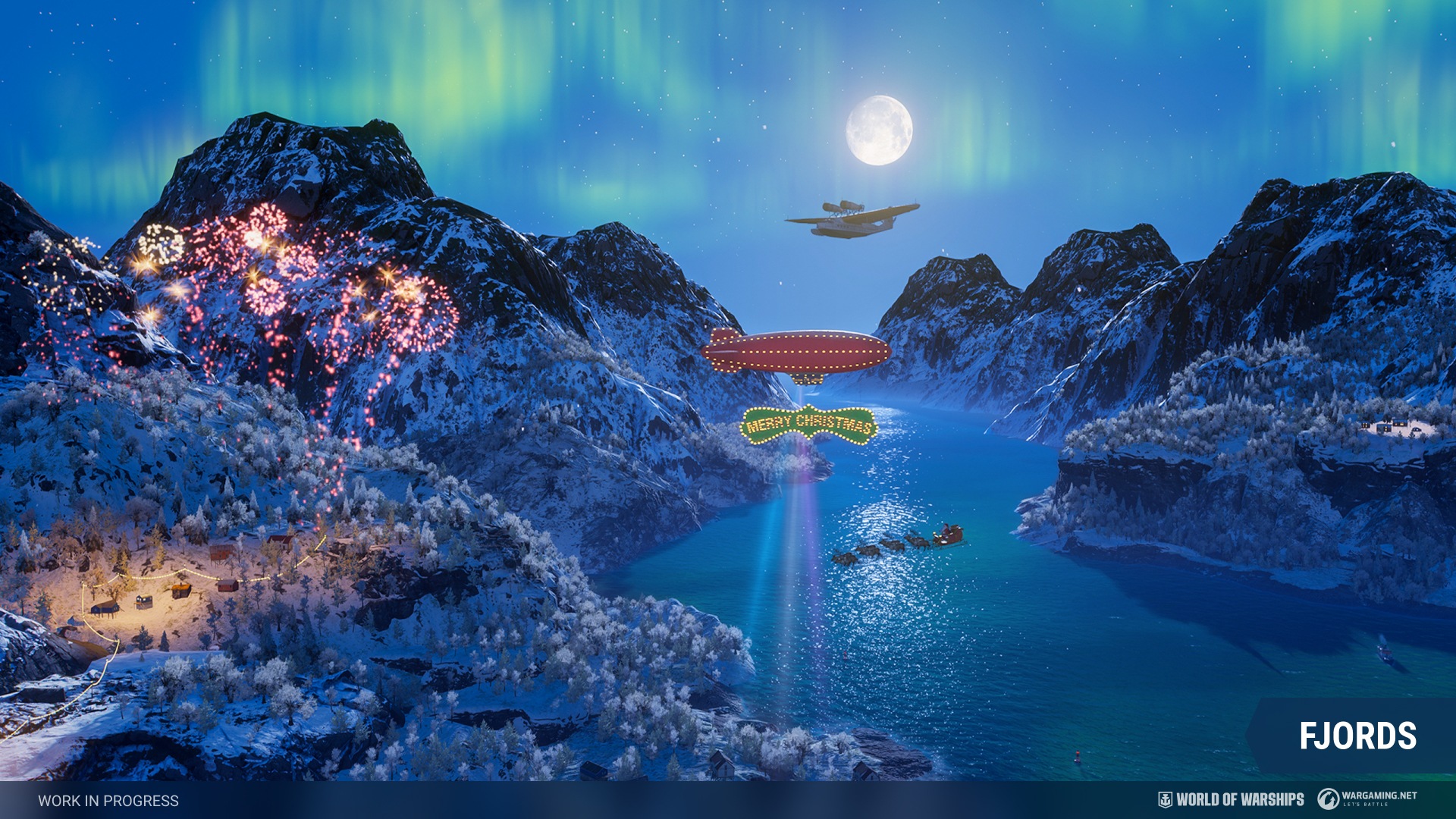 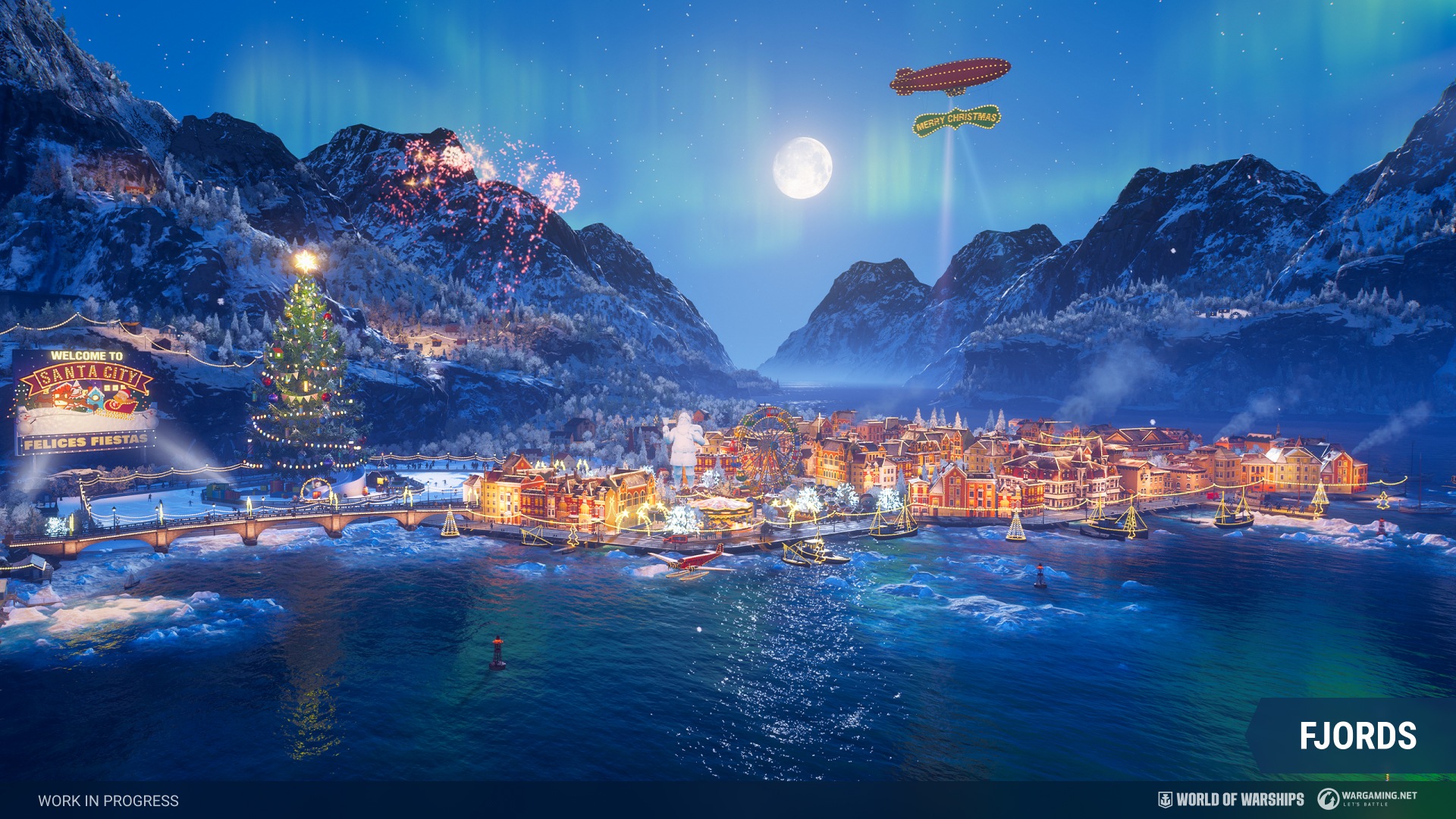 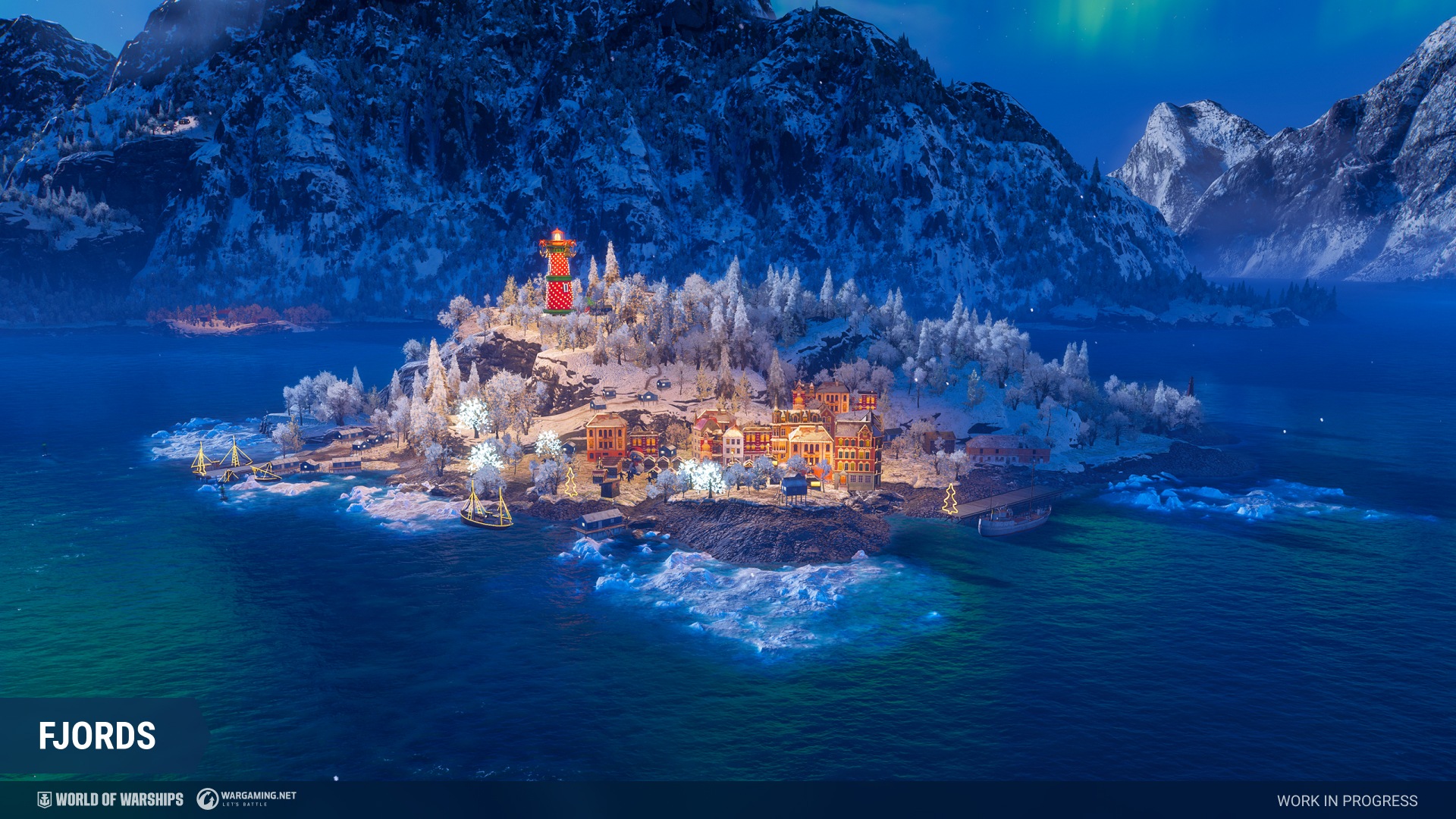 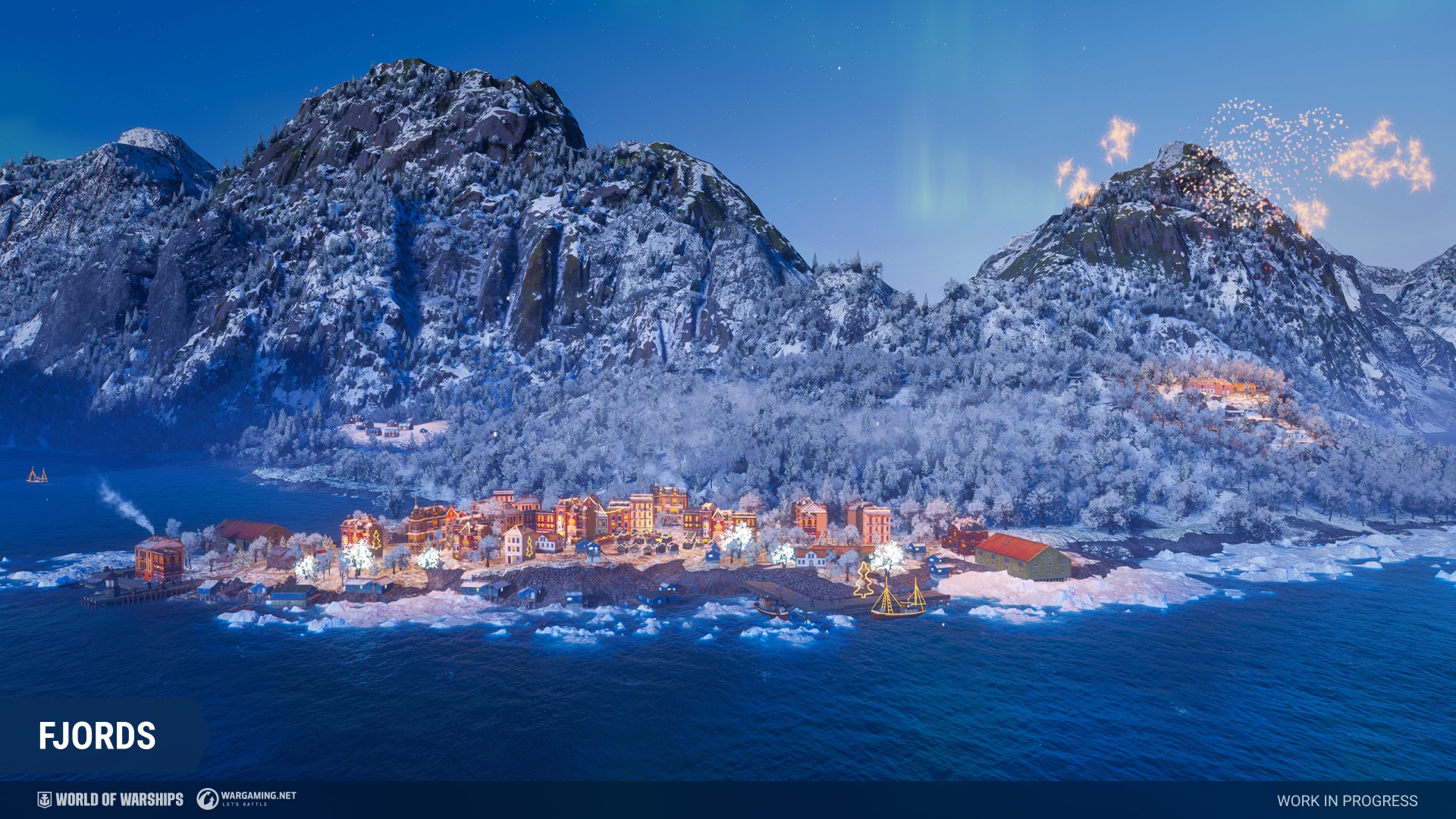 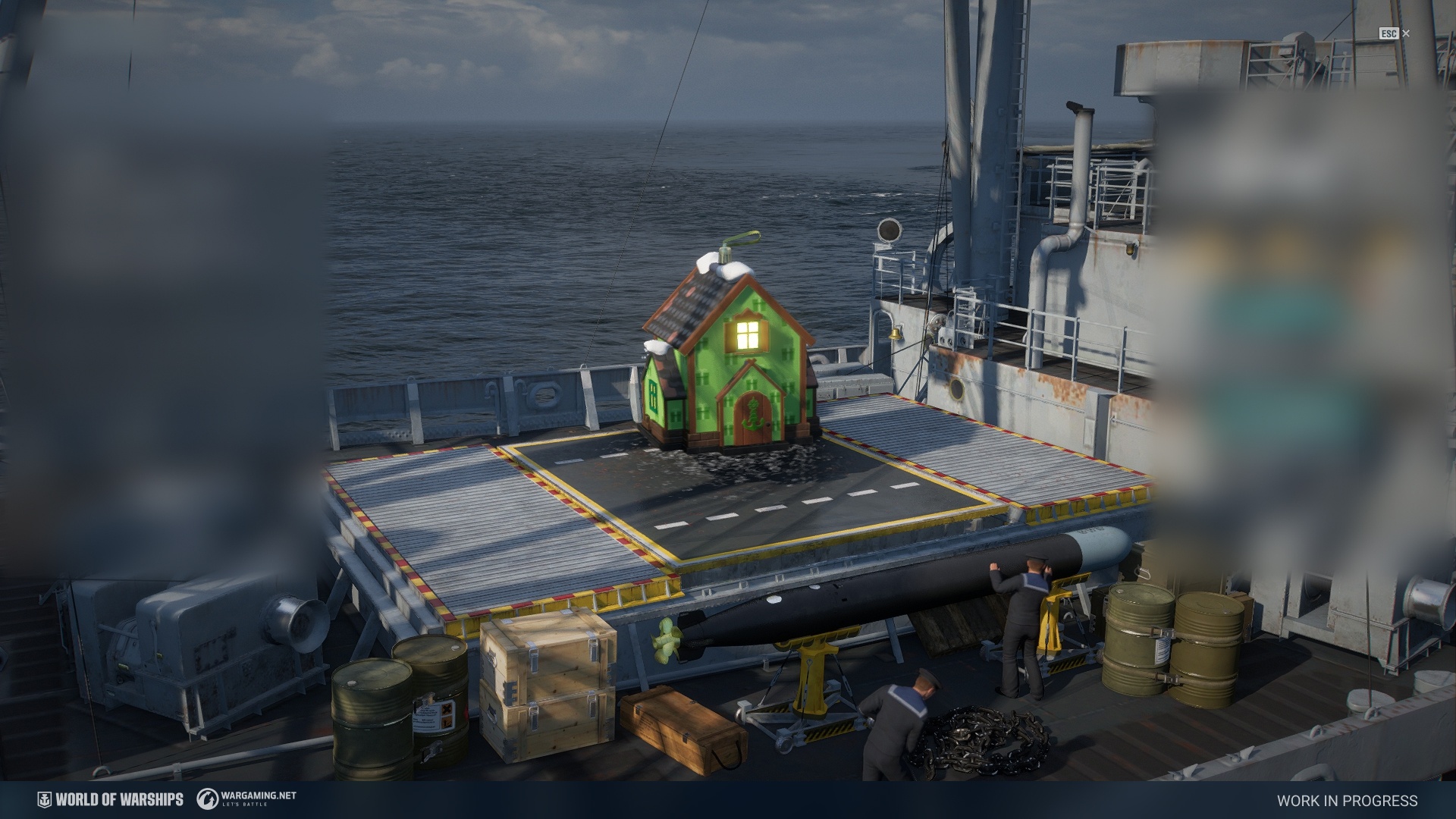 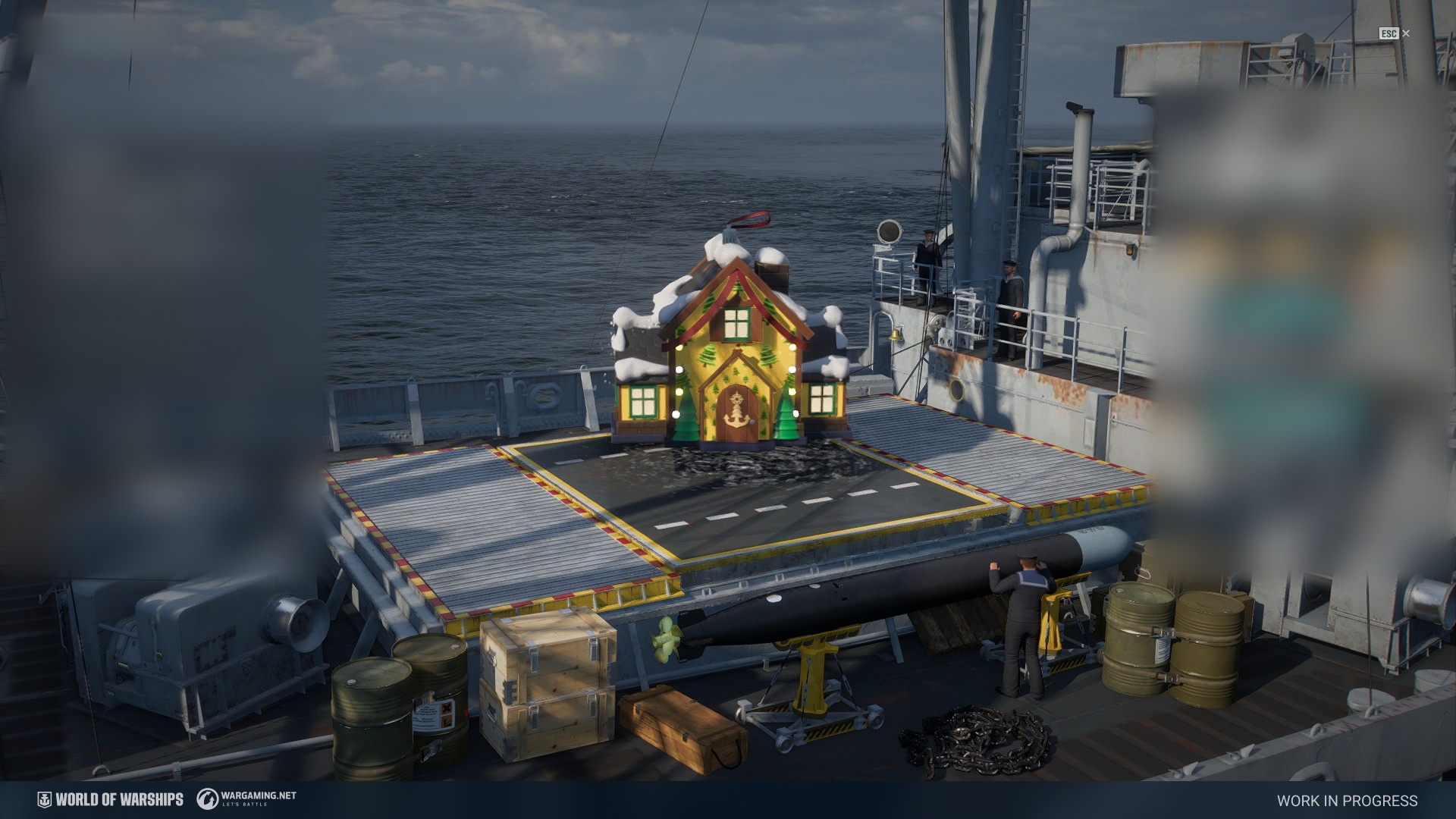 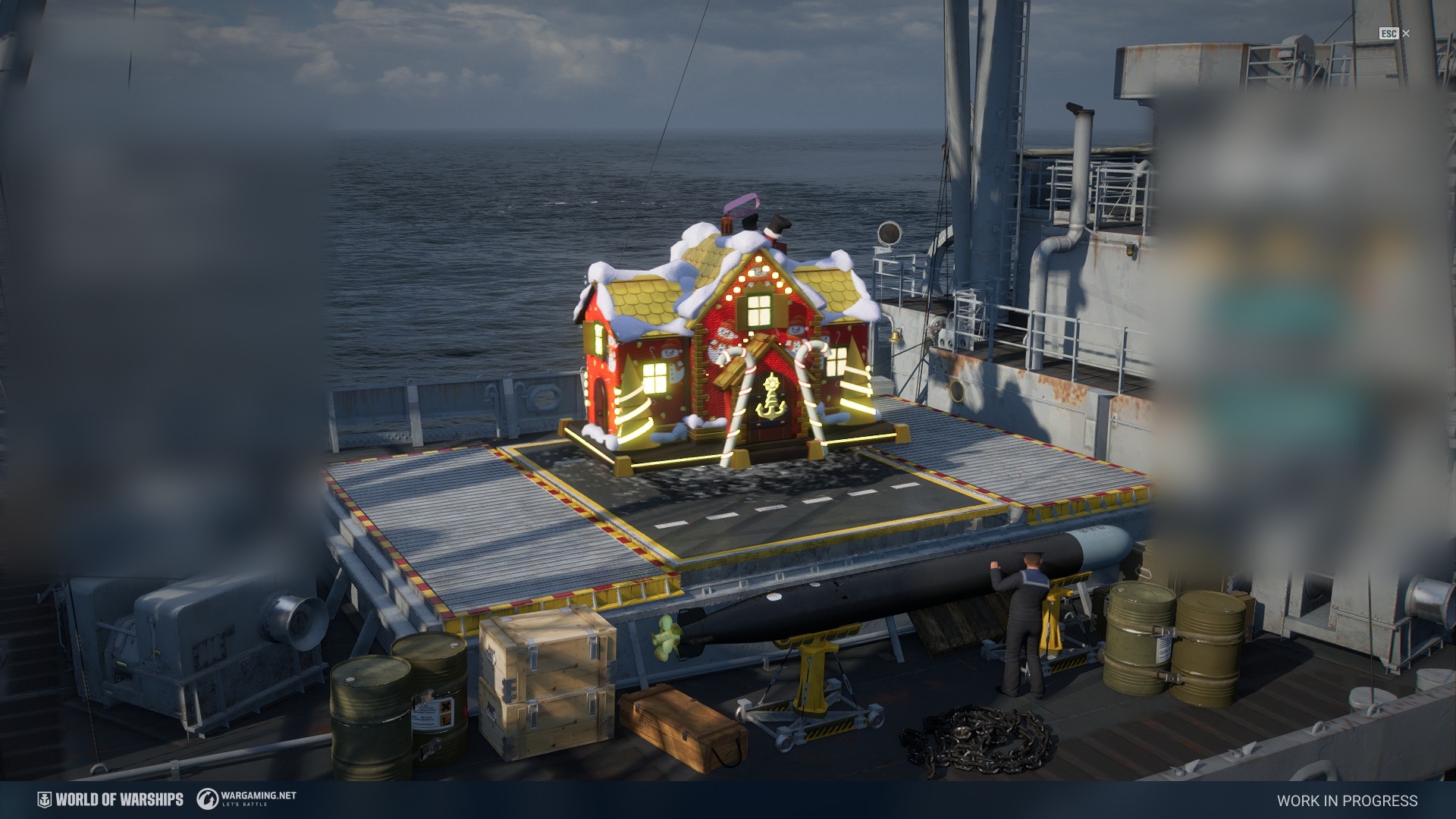 For Brawls in Update 0.11.11, we updated the available maps, improved the balance of divisions, and returned them to this type of battle. Players can expect 5 separate Brawls in the following formats:

From time to time, we hold special game activities in which players need to hunt down volunteers or contributors in battle.

Starting with Update 0.11.11, data about these activities will be displayed in the game client while they’re active. In battle, a Bounty player can be identified by a special icon in the form of a target. Aircraft carriers and submarines cannot be a Bounty.

More players will now be able to take on the role of a Bounty - during the announcement of a new event, it will be possible to apply on our portal and be among the randomly selected participants. These players will receive a special Bounty mission and will be able to earn rewards for completing it, and those who sink a Bounty in battle will receive a commemorative "Search and Destroy" achievement in addition to valuable rewards. The conditions of Bounty missions may change from event to event.

In the Waterline at the beginning of the year, we told you that we were working on training tasks for new players. In update 0.11.11 we are adding "Introductory Missions" in a test format. They will allow beginners to master the basic principles of the game. These tasks are accompanied by hints and consistently pay attention to various game mechanics, and for their completion the player will receive a small reward. The tasks will be available to players who have fought no more than 300 battles, and in order to complete them, they will need not only to prove themselves in battle, but also to perform certain actions in the port.

At the beginning of a battle, the distribution of ships on the flanks and in the center of the map will become more even between teams. Submarines will spawn closer to the opposite side of the map and more often on the flanks. 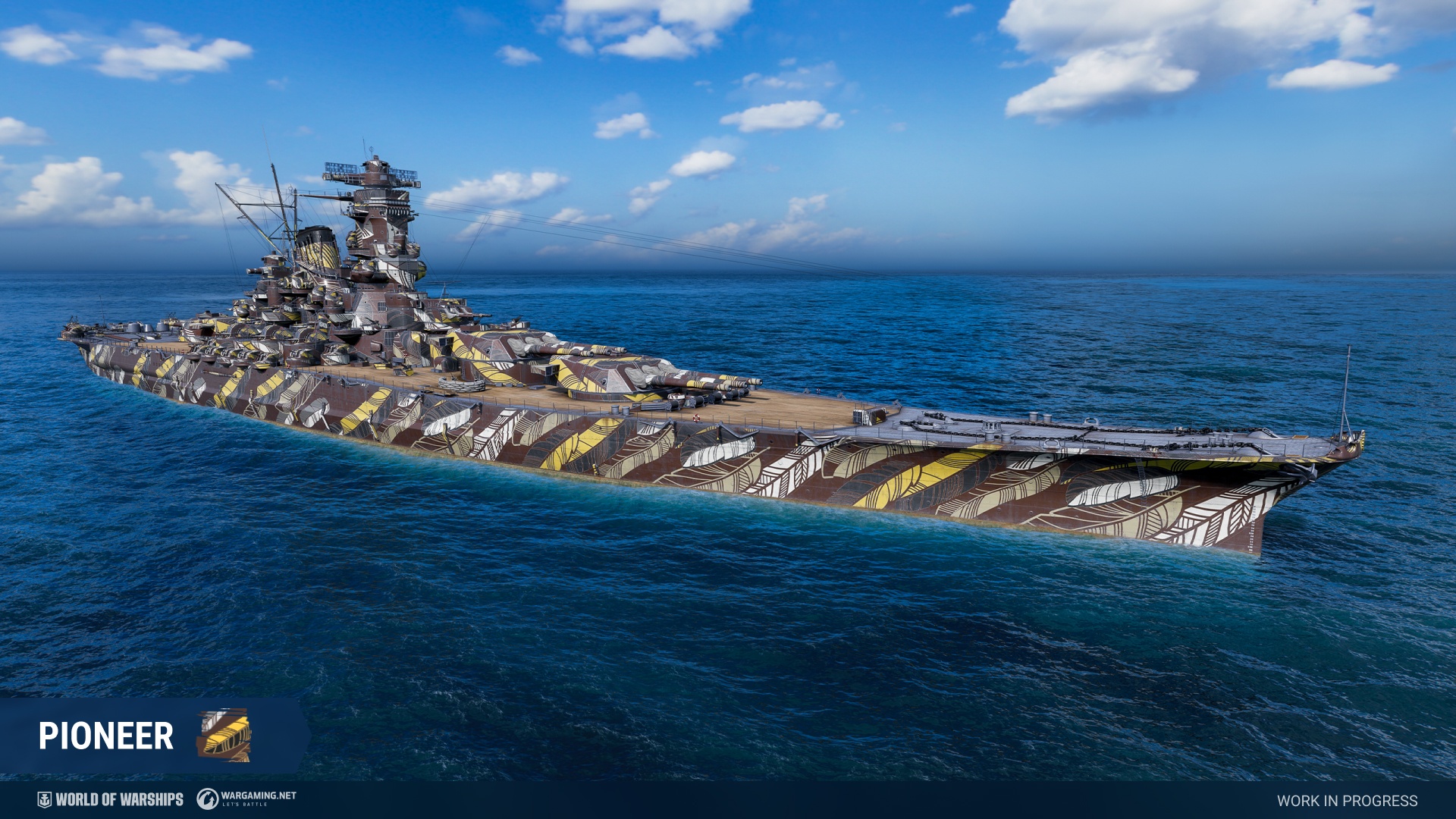 The "Supertest" and "Deserved ST" camouflages have been updated.

The portraits of the standard Italian commanders have been updated, and several new ones have been added.

The contents of the "Supercontainer" have been updated: the ship "Imperator Nikolai I" has been removed and 22 new ships have been added .