We would like to thank all of you for participating in Submarine Battles and for your provided feedback. This test and your comments helped to steer our work on the new ship type:

Submarines will keep their features and act as stealthy hunters, but other classes will have means of countering them. Some illogical situations will be removed in a new iteration, and the gameplay load on destroyers will be lowered.

It is no longer needed for submarines to target indicators on a ship's bow and stern with sonar ping - just hitting the ship is sufficient. A successful hit will highlight part of the ship, the size of which is based on the width of the ping. Torpedoes will home in on this part, and a second ping hit on the highlighted part will allow torpedoes to ignore the target ship's torpedo protection. If a sonar ping hits a different part of the ship while the first ping effect is active, then the initial highlighted part will move to the new hit area.

Therefore, for a submarine, scoring a successful sonar ping hit will be easier, but it will require more skill to activate the double-ping effect.

The pinged part of the target ship's hull will also be highlighted for the player controlling that ship. In case there won't be direct visibility between the highlighted part and the incoming torpedoes, then the torpedoes will stop homing. This will give information about the general direction the submarine is attacking from and how to lower the torpedo attack effectiveness. 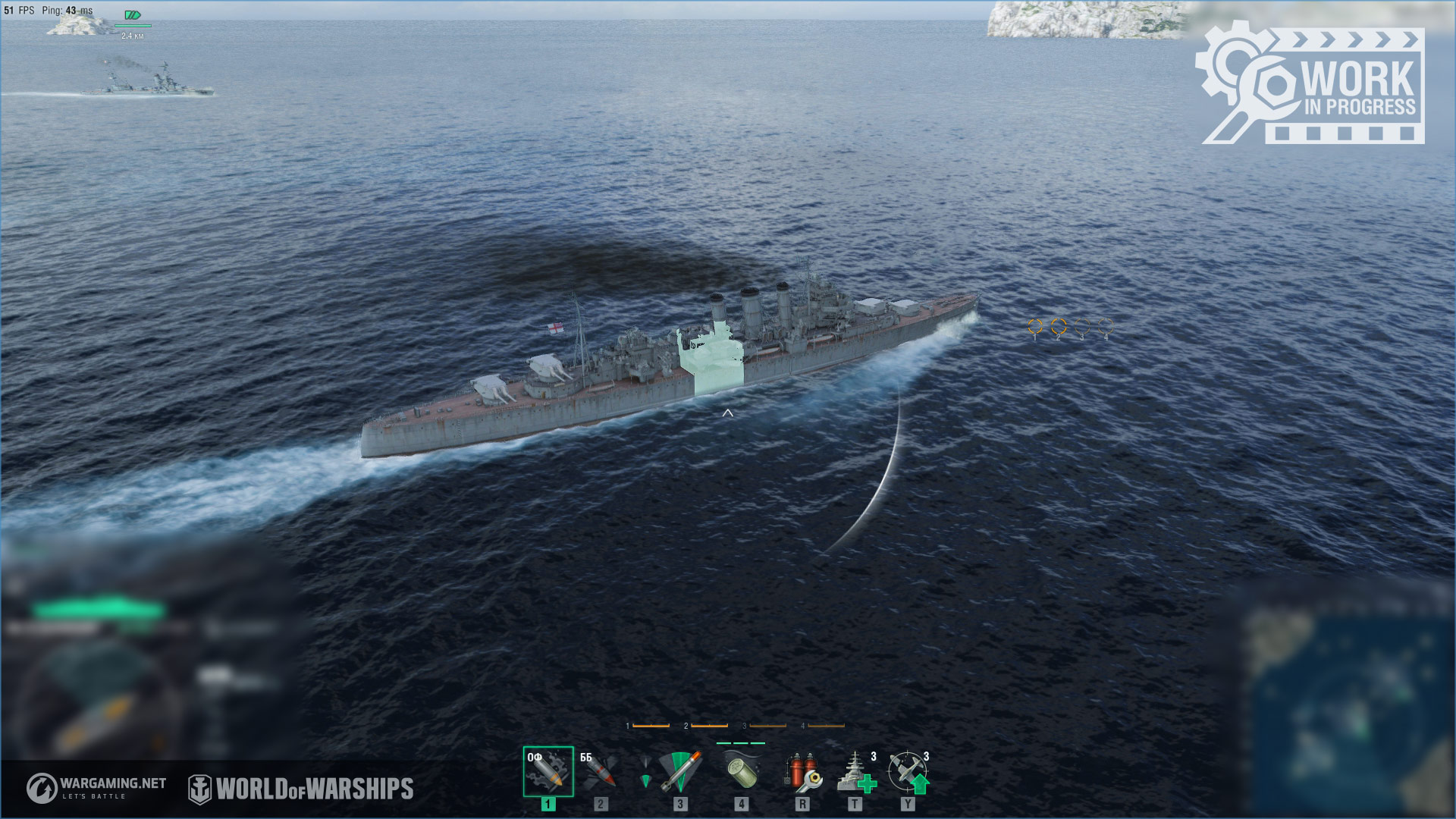 During the test, battery recovered underwater while traveling at 1/4 speed, and the lack of penalties for low charge gave submarines an opportunity to remain all the time underwater with no significant obstacles.

Now, when a submarine is underwater, her battery charge will recover approximately up to 30% at any speed and will not be consumed in motion. At the same time, if the charge has dropped to 20%, then the maximum speed of the submarine and the width of the sonar ping will be reduced, and with a decrease in the charge to 10%, the viewing range, as well as the range of sonar pings and the illumination of the underwater world will decrease.

In the new test iteration, battleships and heavy cruisers will be able to call anti-submarine defense planes. When choosing this type of weapon, the camera rises, and the aiming reticle will allow the player to select a point within a radius of about 10 km, into which, after a while, an aircraft will drop a depth charge. Charges of anti-submarine armaments will be gradually restored, like the charges of depth charges. Battleships and heavy cruisers will be able to locate where approximately a submarine is with the help of hydrophone at a 3-5 km distance.

Now, the information about the approximate location of a submarine from hydrophones of all ships will be shared with allies, and the radius of a destroyer's hydrophone has been increased to about 7 km. This will lower some of the counter-submarine load from destroyers, although their depth charges are still the fastest and most effective way to destroy a submarine.

Detectability of ships from submarines 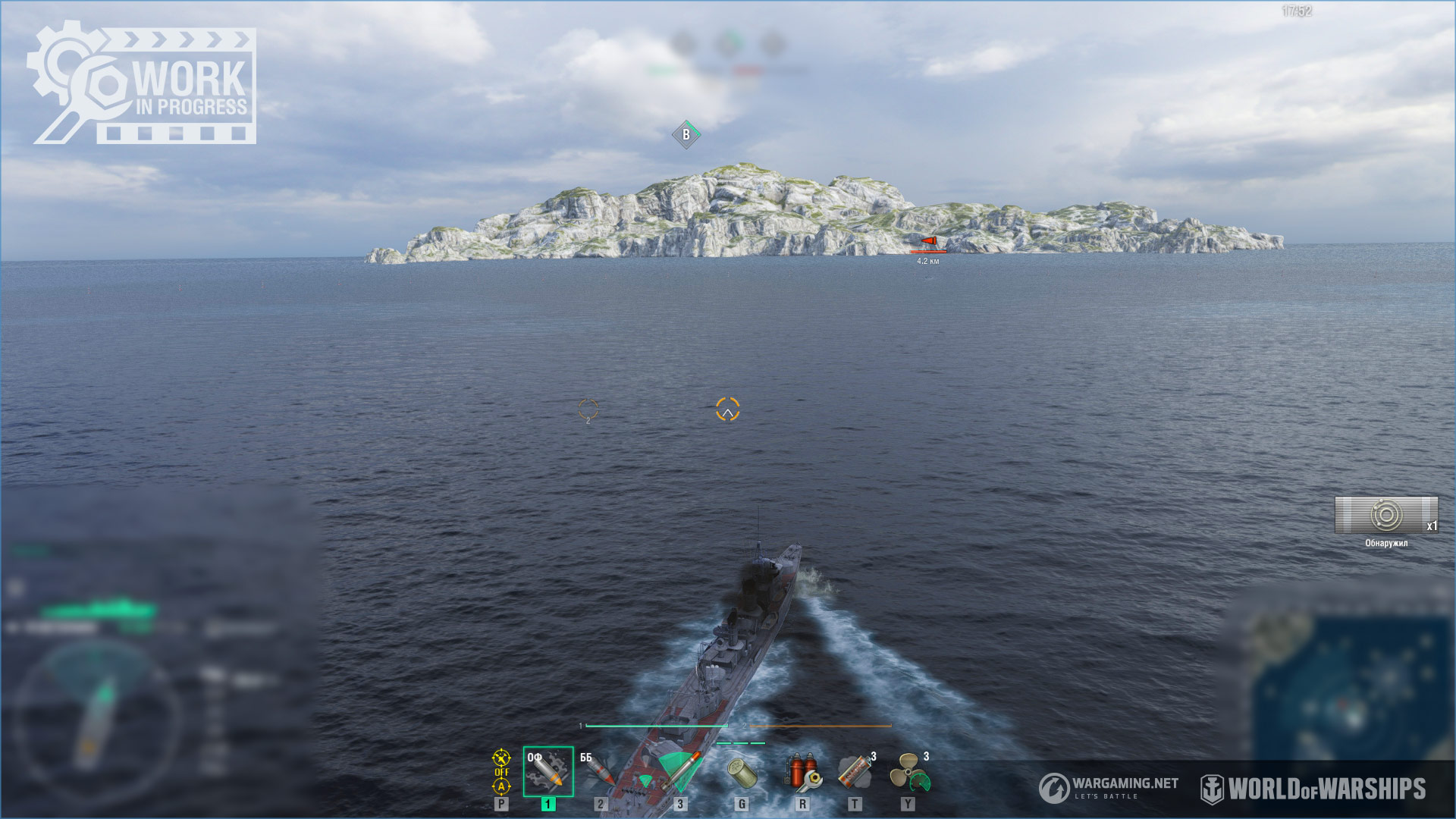 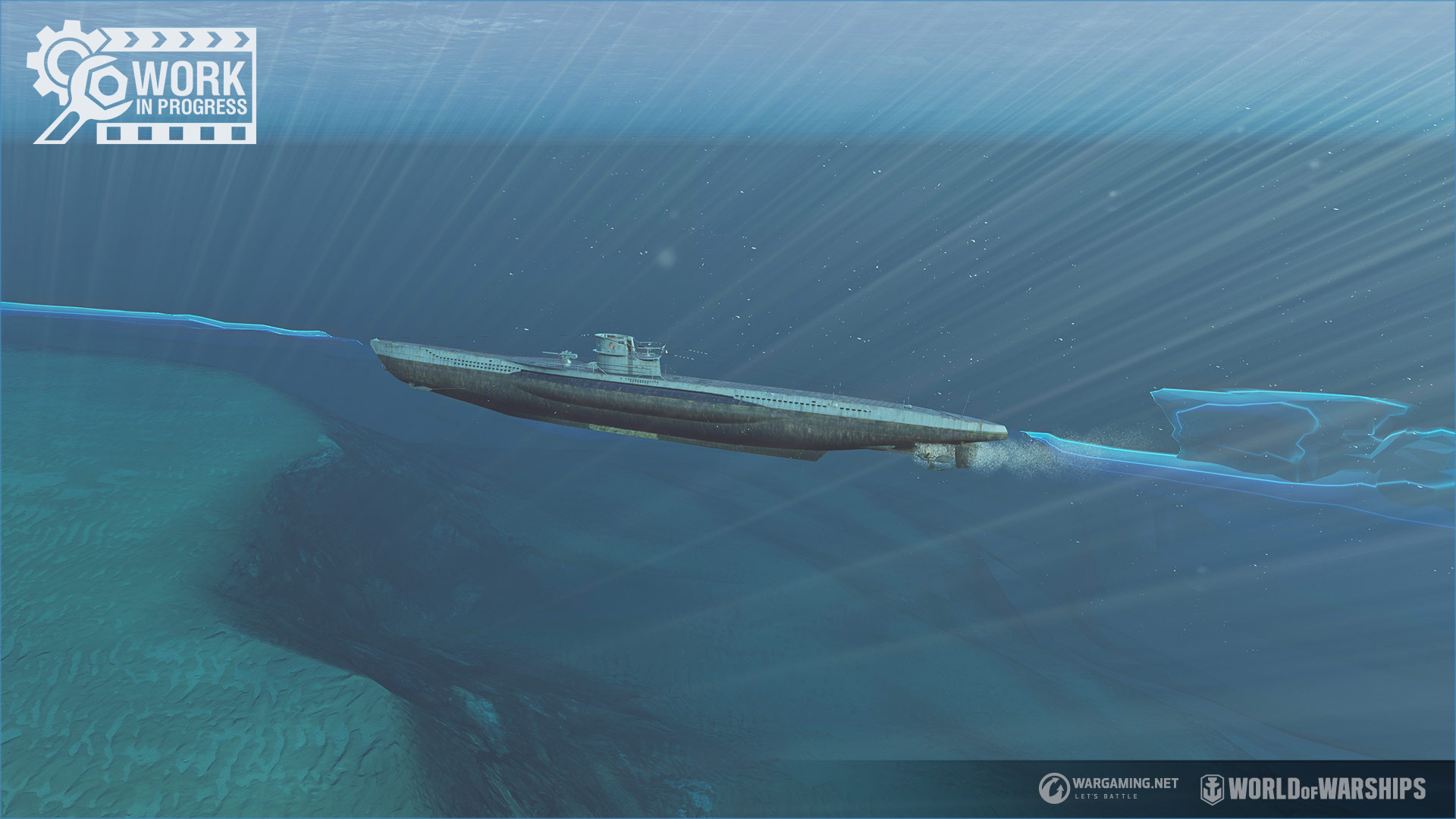 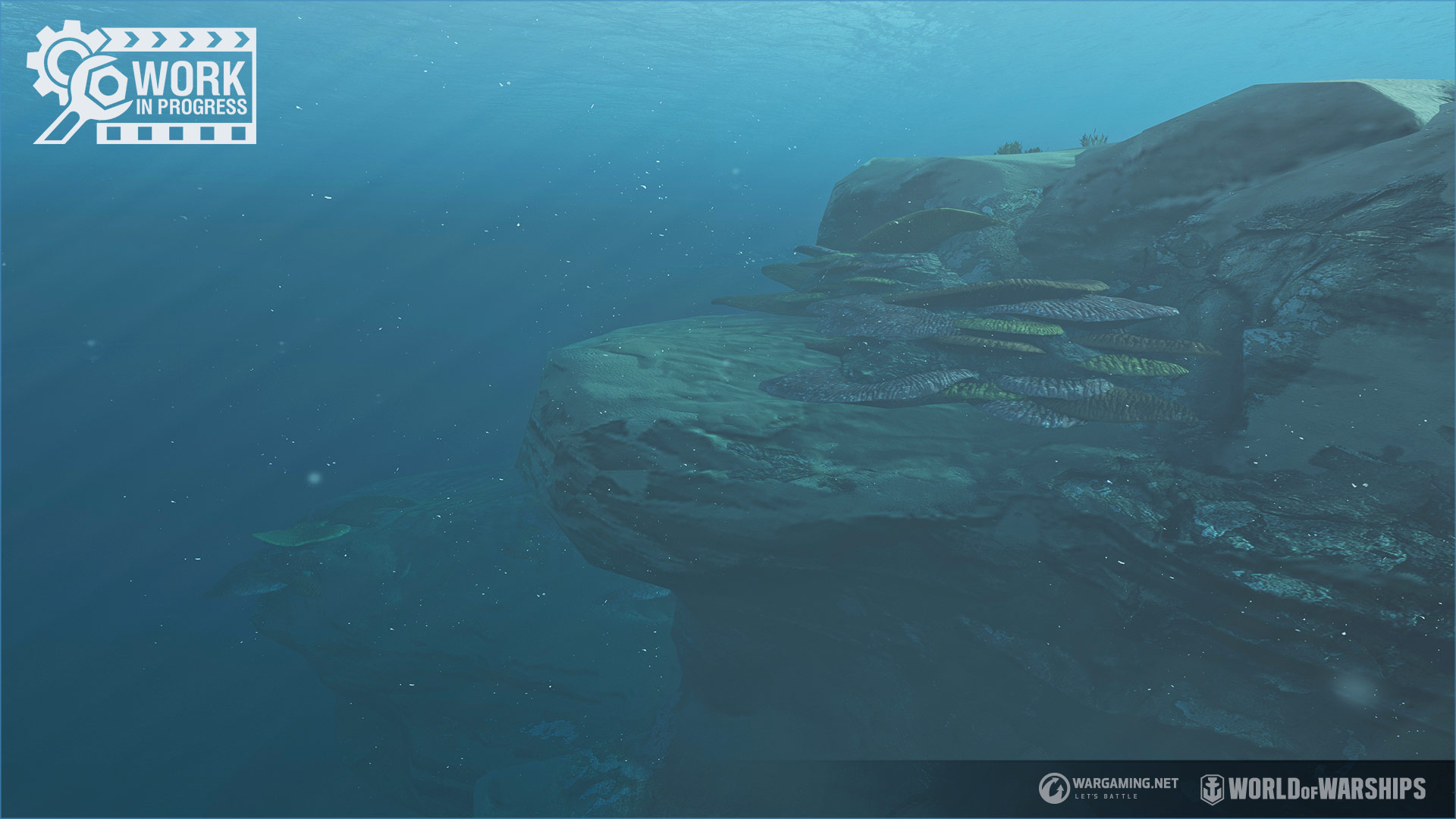 Some time will pass before the changes will be available in the new stage of Submarine Battles as we keep on developing mechanic and working on the game's stability. We will certainly share the info about when new Submarine Battles will take place. Until then, good luck in battle!