16 players will be let loose on a giant map - Polygon - where they will have to choose to fight with or against each other, while simultaneously having to deal with dangerous sea monsters controlled by artificial intelligence. You can only go into battle alone, but during the battle itself you can team up into a division of up to three ships. 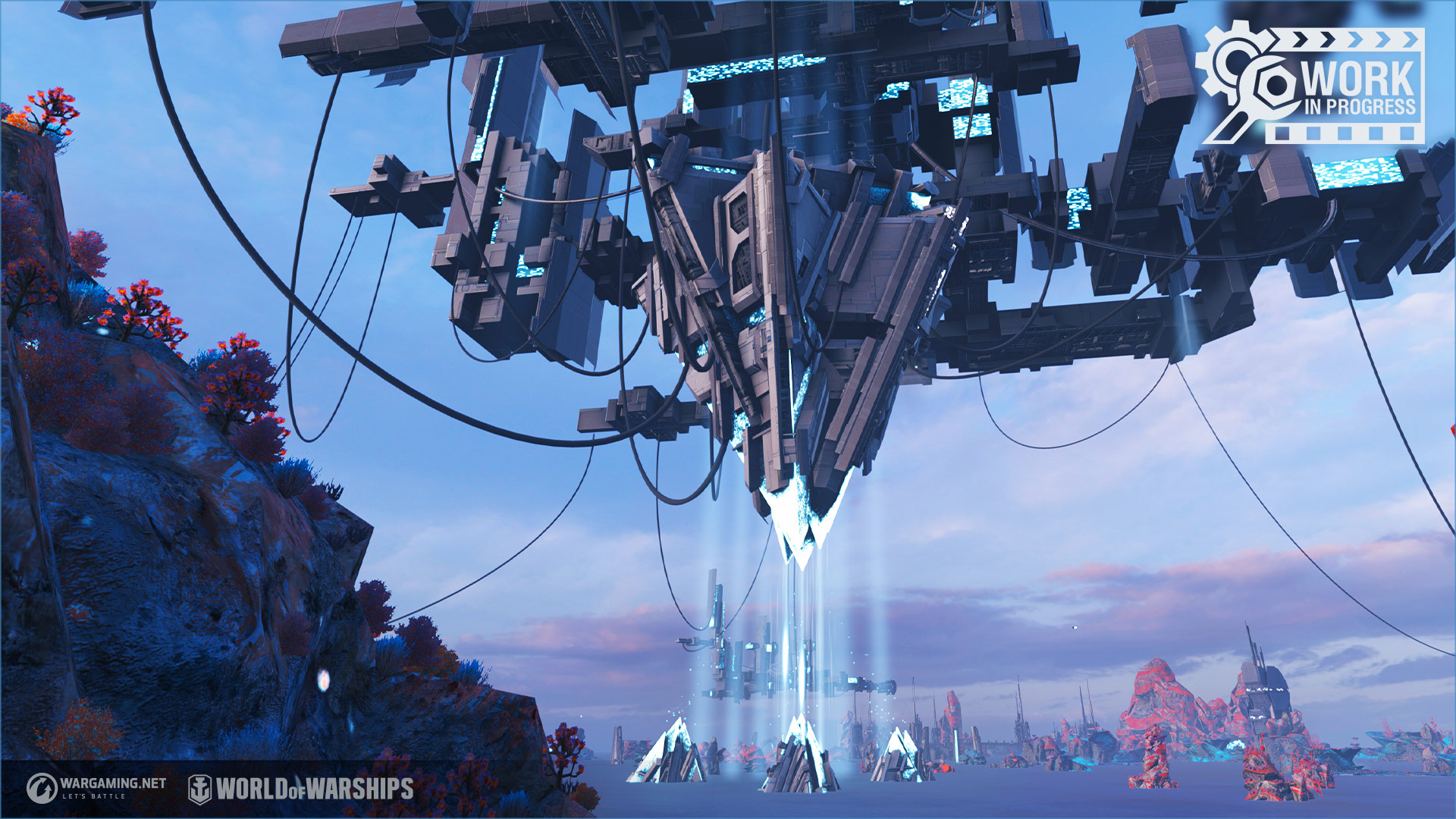 The main task is to leave the Polygon through the portal. To do this, you need to find one of the specially marked monsters, destroy it, and retrieve the key. Only one player can use a key, and not a whole division. 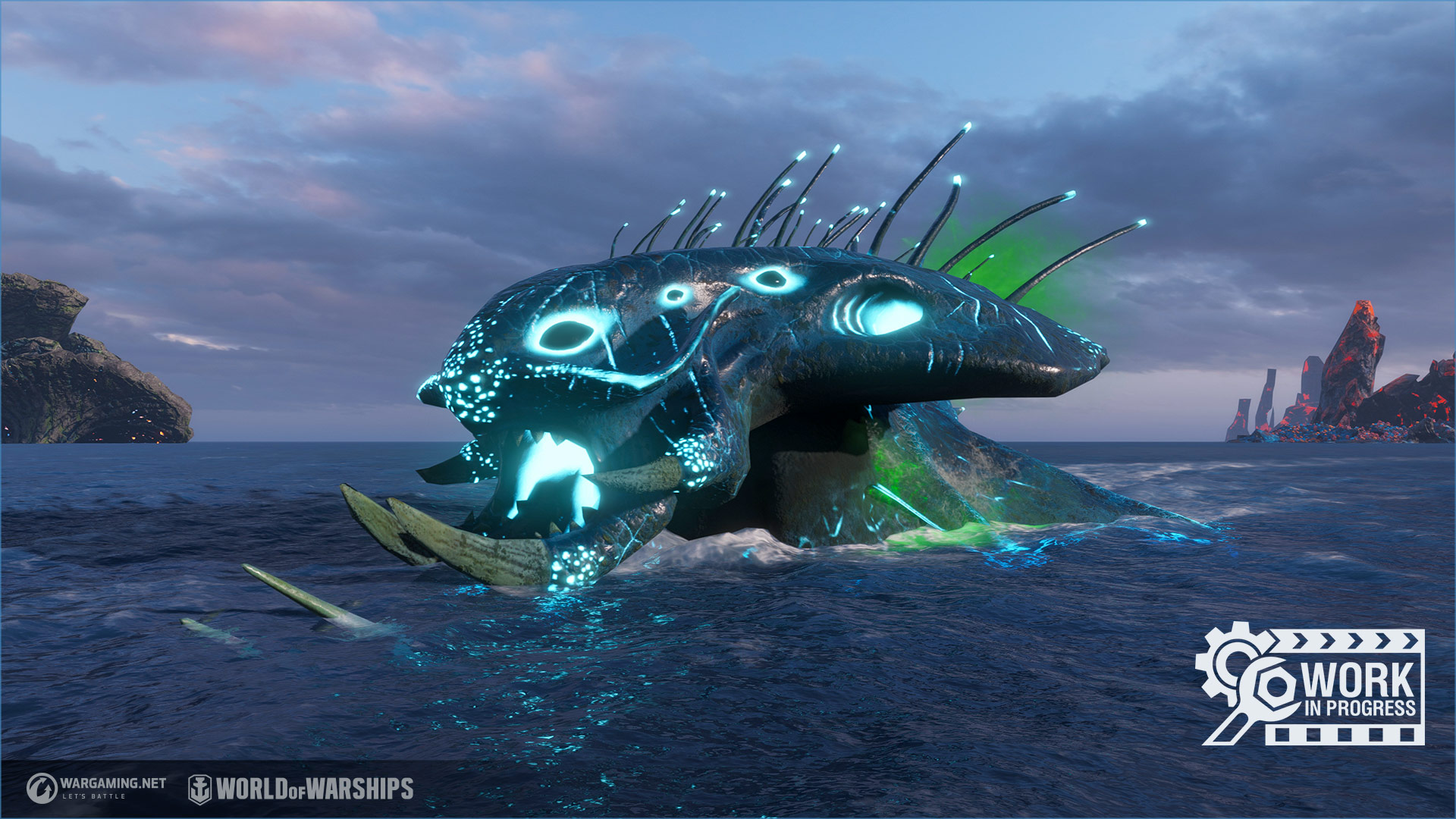 After all the keys have been used, the remaining ships will be transferred to a special zone - the Octagon. Like in Rogue Battle in Update 0.8.5, the final battle takes place in a gradually shrinking combat zone. The last surviving ship will also successfully leave the Polygon.

Instead of the usual square minimap, a round one with the player's ship in the center is used. It shows the surroundings up to the ship's view range.

For the destruction of monsters and other players, a temporary resource will be issued - Battle Points. Having collected a certain amount of Battle Points, you can improve your ship right in battle, for example, reduce the damage received or increase the damage dealt by your armament. All points earned are transferred to the port, and they can be exchanged in the Armory for various rewards including "Infernal" permanent camouflages for Tier VIII and IX ships. A successful exit from the Polygon brings additional Battle Points, and the exit through the portal gives more than the victory in the Octagon. 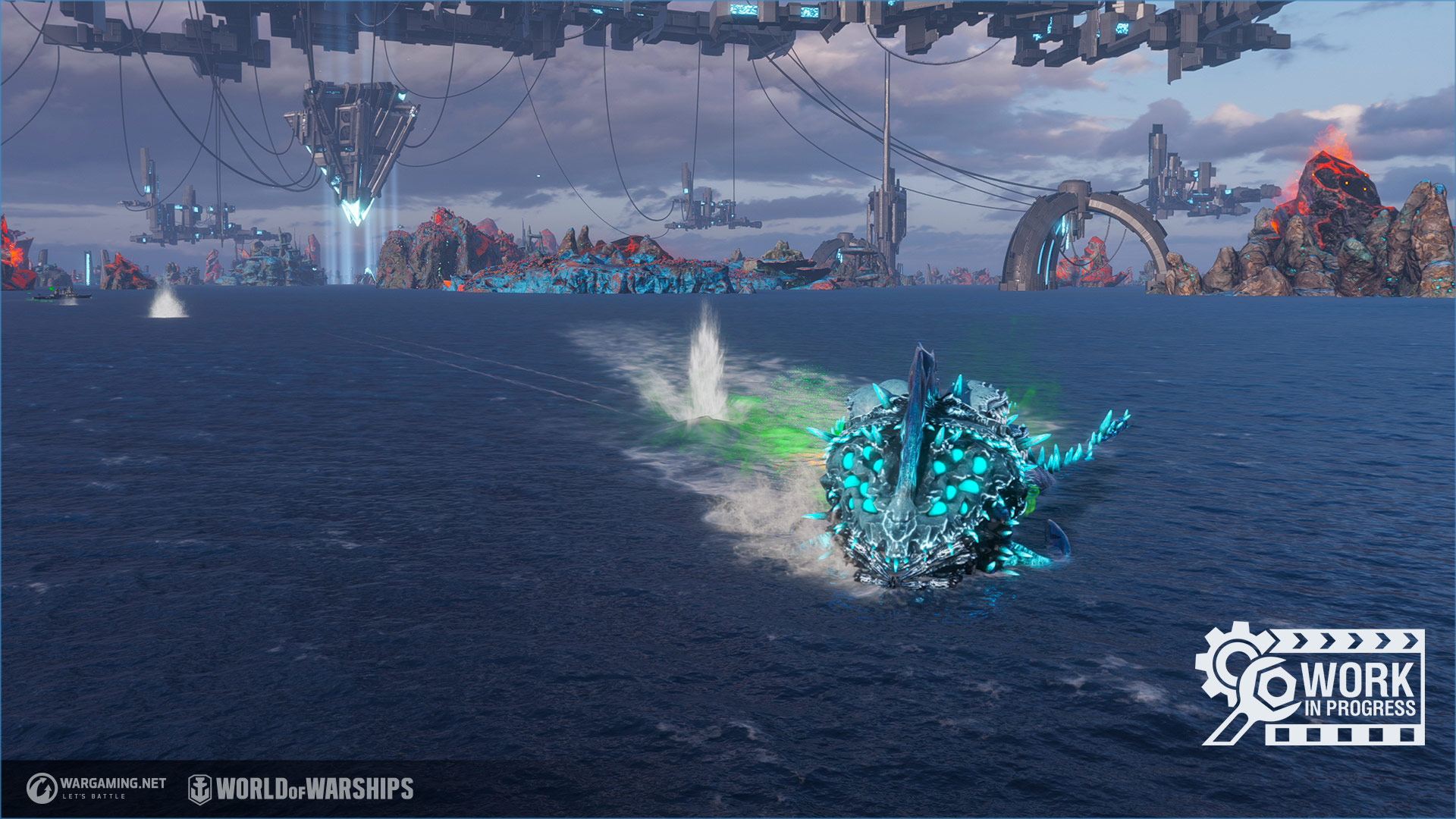 Players will have three different ships available in 0.9.10, but each of them has many modules, the installation of which significantly changes the gameplay and creates an unusual combination of characteristics. For example, conventional torpedoes can be replaced with ones temporarily incapacitating all the main weapons of the enemy, but inflicting less damage. 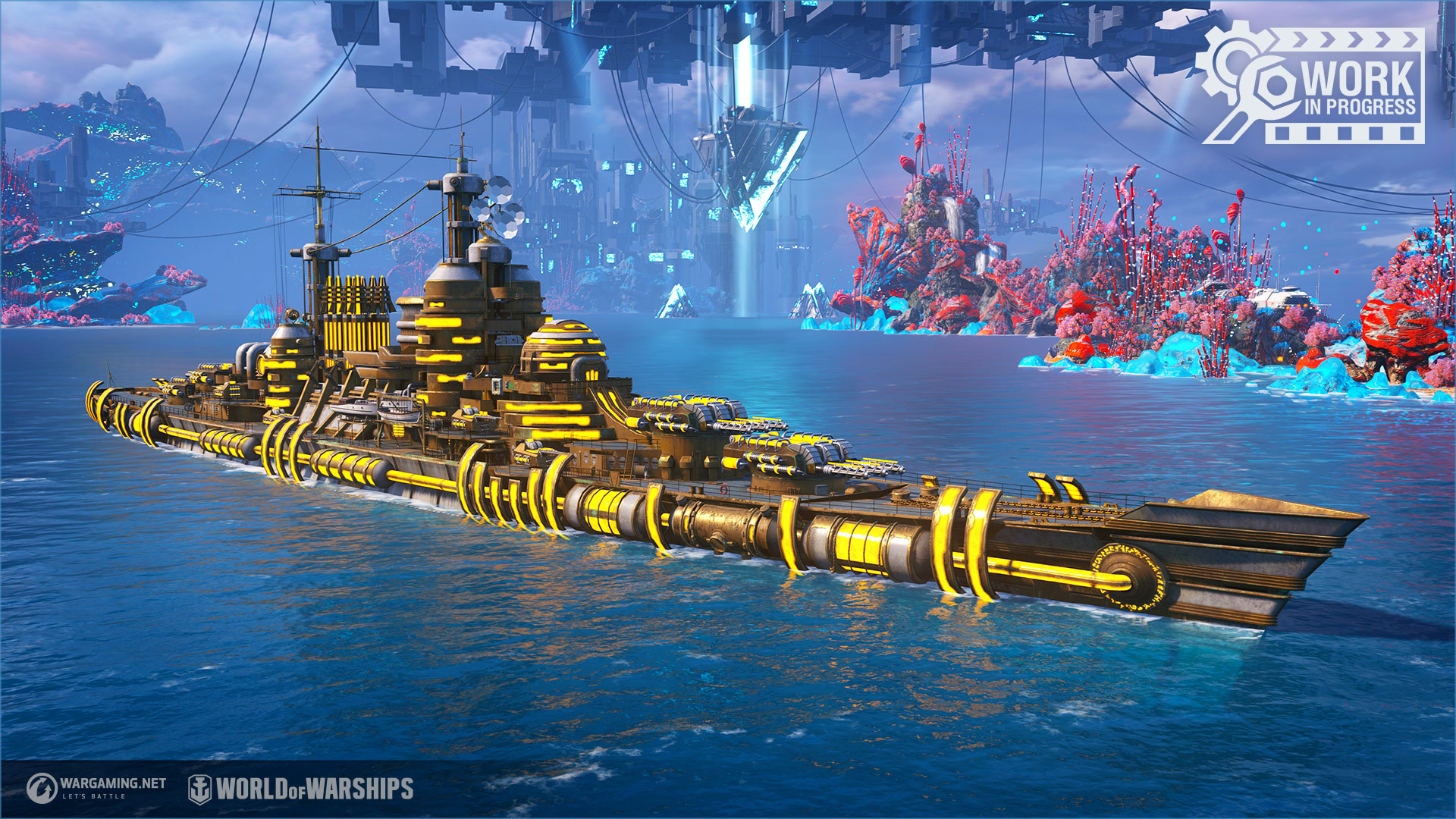 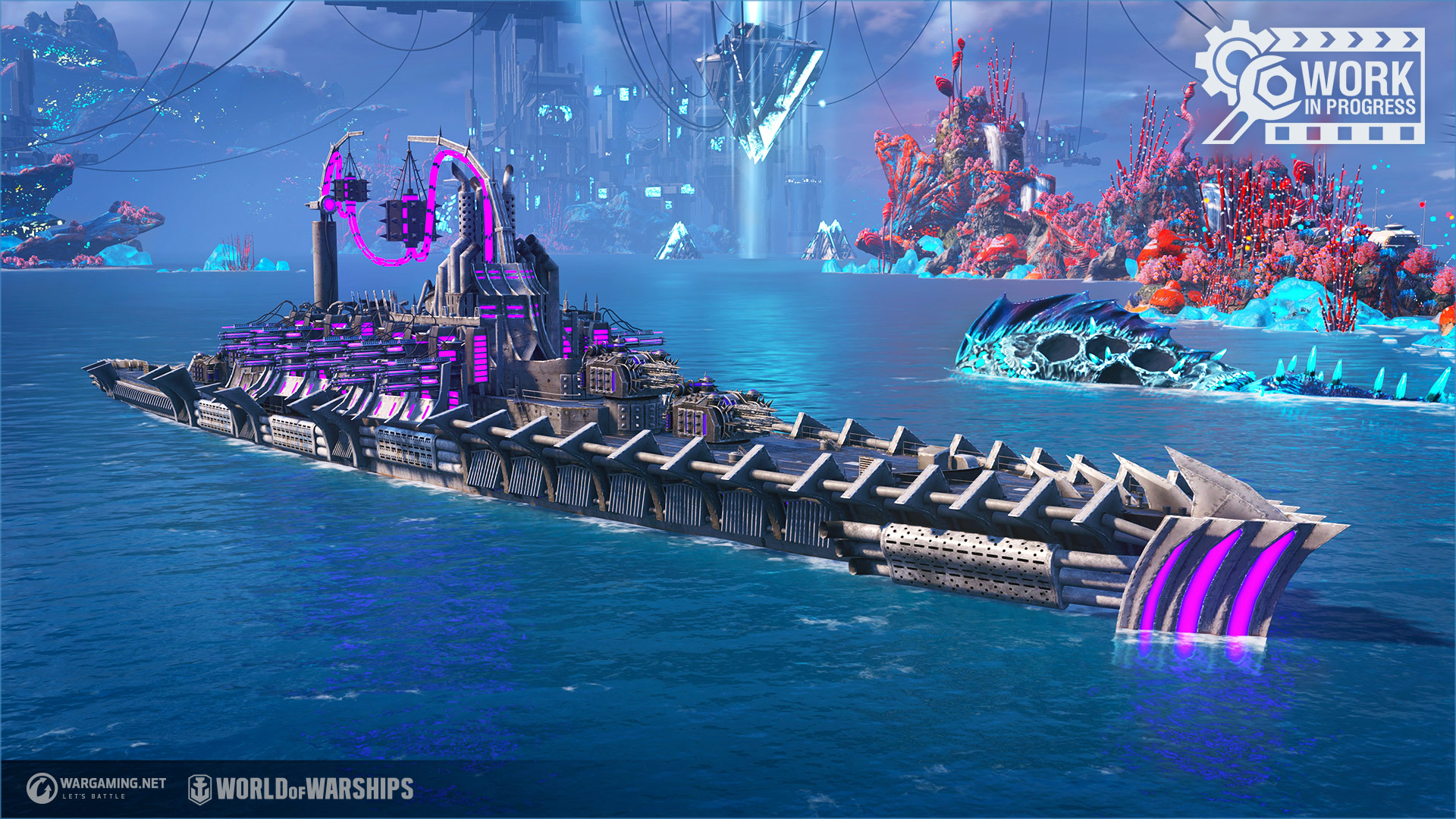 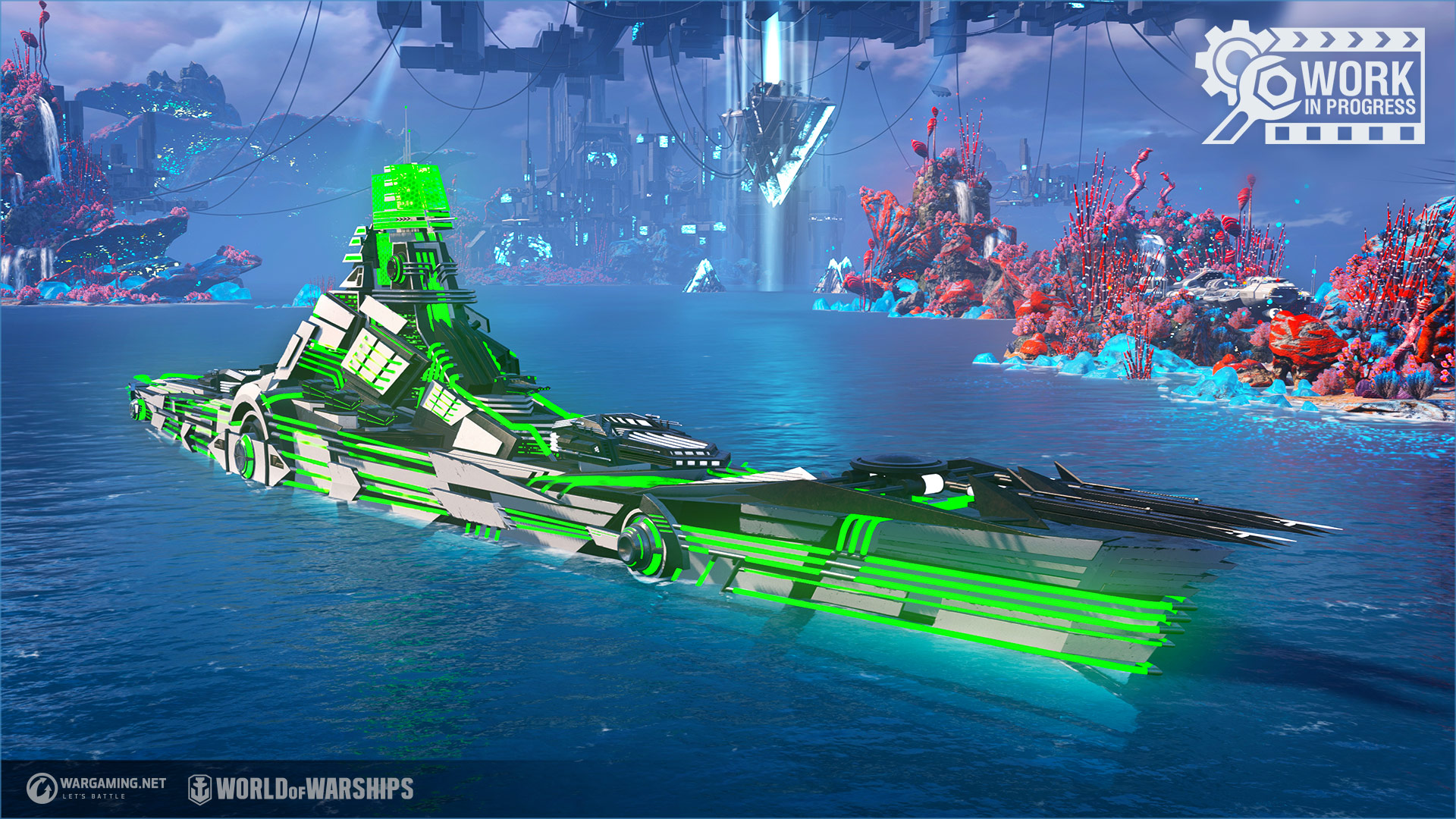 Armament is not limited to simple weapons: lasers, plasma torpedoes, wave launchers and mortars are at the service of commanders. For example, wave launchers can destroy incoming torpedoes, and plasma weapons heat the target's armor and temporarily increase damage when plasma shells and torpedoes re-hit an already hot area. New modules are unlocked when performing special combat missions. 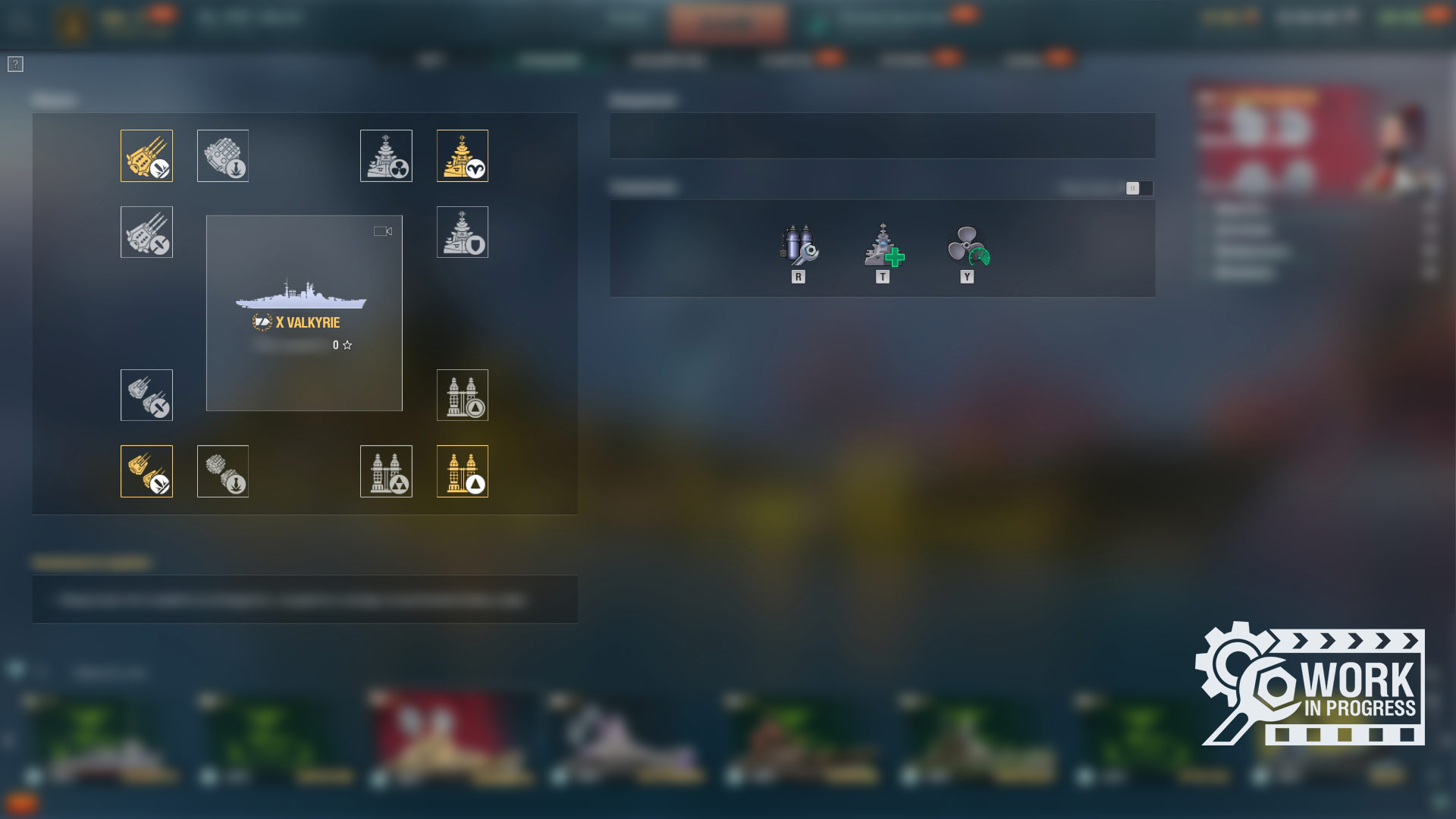