We’d like to share a status report on our work to fix some pre-existing bugs in the game, as well as highlight some technical issues that you might encounter in the latest Update.

After one of our more recent Updates, the time it takes for the game to fully boot up has increased noticeably. During Update 0.11.1, we released a hotfix that solved the issue for most players. As of now, we’ve observed a noteworthy increase in performance across the board. Regardless, we will continue working on improving this aspect going forward.

Blue indicates the average time in seconds it takes for players to load into their port. 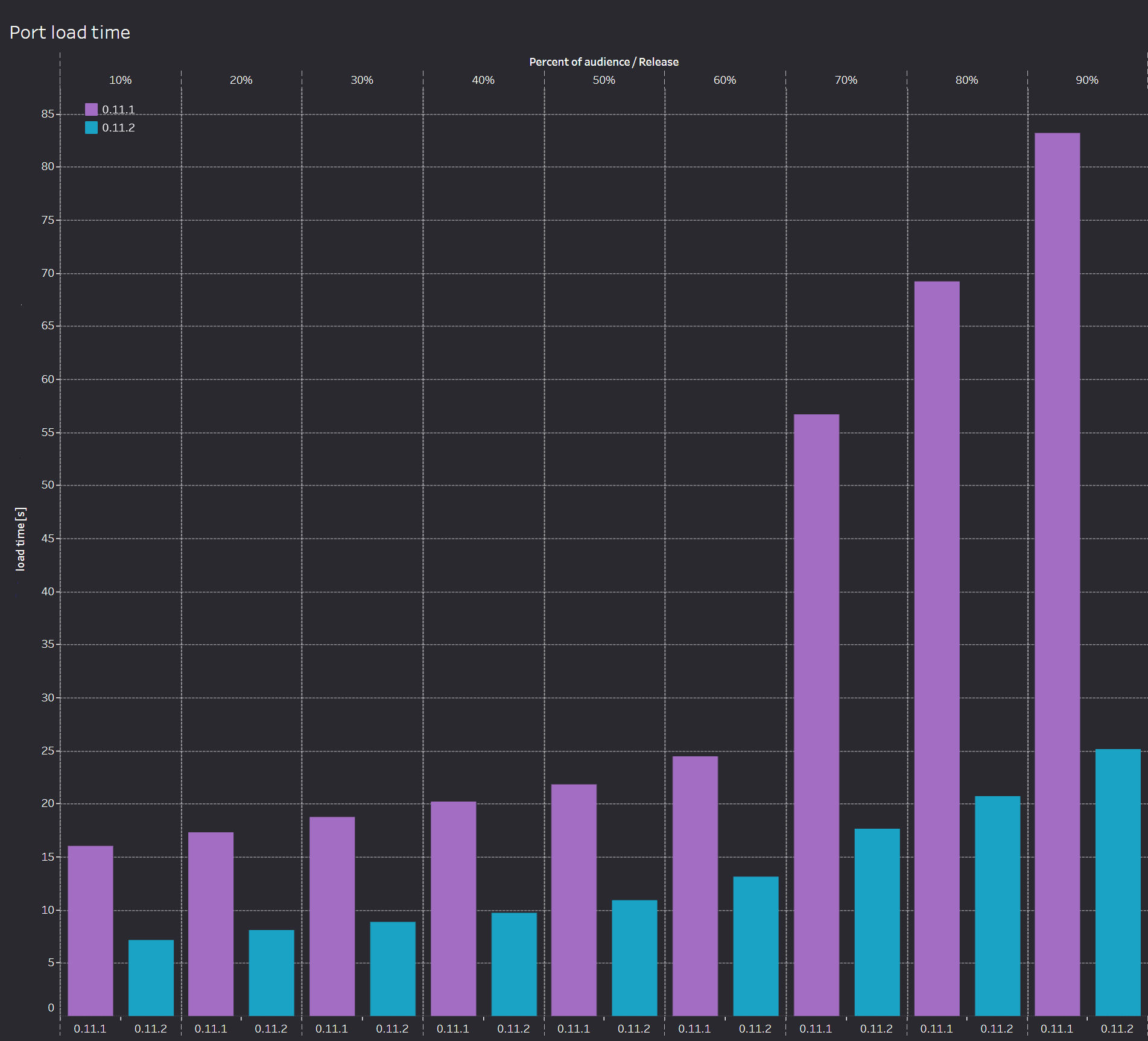 Each column represents the time taken for a certain percentage of players to load into the port on startup.

Due to the way data is exchanged between individual players’ computers and the game server, a bug occurred that ultimately lead to a decrease in the rate of fire of certain ships.

This bug can be reproduced on ships with guns that have a very fast reload speed, either when using the sequential fire mode or simply when constantly and repeatedly firing all guns as fast as they can reload. The higher the reload speed of the guns, the more noticeable the bug. The issue does not manifest, however, if a rapid-firing ship takes breaks between salvoes or if a ship has guns with a longer reload time.

In other words, if you play on ships with a rapid-fire main battery and fire continuously (by holding down the left mouse button or continuously tapping it), the rate of fire will appear to decelerate.

Detailed information about this issue can be found at our Player Support page.

Since this bug is directly related to a very complex and delicate aspect of the game — the game logic itself — correcting it will require significant changes to the game code and a comprehensive QA cycle, all of which takes time. For this reason, we divided our work into stages:

At the moment, it is not possible to purchase the Type 15 Permanent camouflage for New York. This bug will be fixed in an upcoming hotfix.

Inability to log in to the game through the game client

Some players encountered a bug that prevented them from logging in and entering the game directly by opening the client. We are working on a solution to this problem and will release a fix in a future update. To circumvent this issue, we recommend entering the game using the Wargaming Game Center.

Crashes when launching the game on unsupported graphics cards

Starting with Update 0.11.2, the game will not work with graphics cards that don’t support Shader Model 5.0. We officially stopped supporting these types of graphics cards 2 years ago, but until now the client could still be launched, albeit with serious visual artifacts.

Stay tuned for more updates on our bug-fixing progress.